London — Kevin Spacey was granted “unconditional bail” by a U.K. court on Thursday morning as he made his first appearance on charges accusing him of sexually assaulting three men between 2005 and 2013. Accompanied by his legal team, the actor was met by a crowd of journalists and photographers as he entered Westminster Magistrates’ Court in London for a preliminary hearing. His next court appearance is scheduled for July 14.

Spacey was not asked to enter a formal plea, but his lawyer said the actor “strenuously denies any and all criminality in this case,” according to Britain’s Telegraph newspaper.

The two-time Academy Award winner is facing four counts in the U.K. of sexual assault and one count of causing a person to engage in penetrative sexual activity without consent. The alleged crimes took place in London and Gloucestershire, and the three alleged victims are now in their 30s and 40s.

After U.K. prosecutors authorized police to charge Spacey last month, the actor said in a statement to “Good Morning America” that he would face the charges in court. He vowed to “prove my innocence,” according to The Associated Press.

In 2017, after American actor Anthony Rapp alleged that, when he was 14, Spacey climbed on top of him in a bed, numerous allegations of assault and inappropriate behavior were made against Spacey.

Two years after his departure from the Old Vic, the theater said its own investigation into his conduct had drawn 20 allegations of inappropriate behavior, and it encouraged 14 of the people who made the allegations to go to the police.

Spacey was questioned by British police in 2019 over claims made by several men that he had assaulted them.

“It sounds like Kevin Spacey feels that there’s still a possibility of rehabilitating himself in this country. So I think the strategy is to come over here, face the music, and see if he can salvage his career,” Danny Rogers, editor in chief of PRWeek UK, told CBS News. “He must feel the damage is being done to ‘Brand Kevin Spacey’ after all the allegations over the past five, or ten years. So if the damage has been done, there’s still some headway to be made by fighting new allegations.”

In 2019, prosecutors in Massachusetts dropped a groping case that was brought against Spacey, who’d faced a felony charge of indecent assault and battery. The district attorney said he dropped it “due to the unavailability of the complaining witness.”

Spacey was accused of groping a then 18-year-old at a bar three years earlier. The accuser said Spacey bought him several alcoholic drinks before groped him.

Haley Ott is a digital reporter/producer for CBS News based in London. 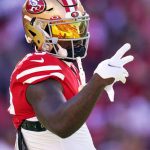 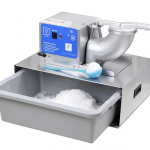