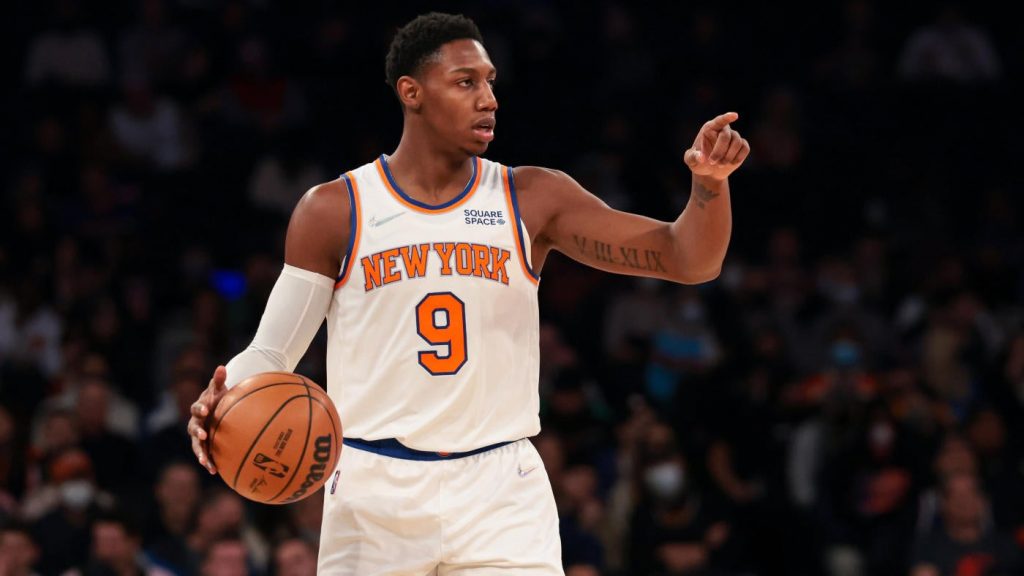 The New York Knicks and rising star forward RJ Barrett are in the process of finalizing a four-year contract extension worth up to $120 million, Barrett’s agent Billy Duffy told ESPN’s Adrian Wojnarowski on Monday night. When signed, the deal will not only complicate the Knicks’ pursuit of Utah Jazz guard Donovan Mitchell but also end one of the NBA’s most embarrassing streaks with Barrett becoming the first New York draft pick to sign a multi-year contract extension since Charlie Ward in 1999.

Barrett, the No. 3 overall pick in the 2019 NBA Draft, is now positioned to be a franchise cornerstone for the foreseeable future.

He’ll have to be as the Knicks’ pursuit of Mitchell has now hit a crossroads. New York has been attempting to trade for the All-Star guard, and while Barrett was not initially part of those discussions, his name has reportedly been raised in the most recent trade talks between the two sides.

The Knicks reportedly set a Monday night deadline to complete a trade with their eyes on otherwise signing Barrett to his a deal. While New York and Utah can still make a trade without Barrett, the two sides will need to go back to the drawing board if they hope to consummate a deal before opening night.  With that in mind, here are three key points on Barrett’s new deal:

While Barrett’s extension does not technically restrict him from being traded this season, it does present a quirk in how his salary would be counted in such a trade. On New York’s end, things don’t change at all. He would still count for his 2022-23 salary of $10.9 million for salary matching purposes in the trade.

However, as an incoming salary for Utah, his cap figure would be much higher. Between now and when Barrett’s extension kicks in during the 2023 offseason, his incoming salary to the Jazz or any other team acquiring him would be the average of the five seasons he is now signed for. That’s roughly $26.2 million.

This is more of an annoyance than a true hindrance, especially as the Jazz would not be required to pay Barrett that much cash upfront. It’s merely the figure he’d count for against the cap as part of the trade. Where things get difficult is in fitting the deal within the league’s allowable trade parameters. For a deal of this size, neither side can send out more than 125 percent of the salary that they absorb.

Mitchell makes north of $30 million, so that fortunately gives the Jazz some latitude here, but it makes it harder for them to absorb contracts from New York’s side. As Barrett still only counts for $10.9 million as outgoing Knicks salary, the Knicks would need to send at least one more hefty contract to get to that 125 percent range. Evan Fournier is the name most frequently mentioned in reporting.

Again, this is a solvable problem if both sides are committed enough to a deal, but the mere act of giving Barrett this extension suggests that the Knicks plan to keep him. If there is a deal to be struck here, it’s likelier to be centered around draft picks and other young players on New York’s roster.

For all of the problems the Knicks have had this century, they’ve actually drafted fairly well. Kristaps Porzingis and David Lee both made All-Star teams during their rookie contracts in New York. Players like Danilo Gallinari, Wilson Chandler, Iman Shumpert and Channing Frye all went on to have successful careers. New York’s issue hasn’t been identifying young talent. It has been keeping it.

Ironically, the Knicks did give an enormous second contract to one of their own first-round picks… but only after he left. The Knicks used a first-round pick on Tim Hardaway Jr. in 2013, traded him in 2015, and then paid him $72 million to return as a restricted free agent in 2017. That, along with the free-agent deal Mitchell Robinson signed this offseason, was as close as the streak came to breaking before Barrett.

It was in many ways the ultimate symbol of Knicks futility. It managed to encompass both the team’s poor drafting and its poor management on the few occasions in which it did manage to draft well. But with Barrett signed, the Knicks can move beyond that shameful chapter in team history. For once, they’ve found a young player they actually wanted to keep.

The Knicks have done little to position Barrett for success thus far in his career. He’s been surrounded largely by poor shooters. He shares a front-court with Julius Randle, who tends to monopolize the ball in half-court settings. He plays for a coach in Tom Thibodeau who has a reputation for running his starters into the ground.

Yet Barrett has slowly matured into an outstanding young player. The primary question about his game entering the NBA was his 3-point shot. He managed to sink over 40 percent of his attempts in just his second NBA season. His defense has grown steadily across his three seasons, and he spent most of last season guarding New York’s toughest opponents.

When Randle faltered under the weight of a new contract and New York pressure, Barrett emerged as the most valuable Knick last season. After a slow start, he managed to average 23.6 points, six rebounds and 3.5 assists per game from New Year’s Day on. The Knicks haven’t given him a team worthy of his growth yet, but with Brunson on board and Mitchell potentially coming, that could easily change.

This is a wing’s league, and New York just locked up its best one for four more seasons. The last two years of that deal will come after the league is expected to have signed a new, more lucrative television contract that should increase the salary cap significantly. The Knicks stand to benefit greatly from a possible spike. Their best players are all now signed up for the long haul, and with Barrett signed up, the Knicks can turn their attention to Mitchell without Barrett’s status hanging over their heads all season.