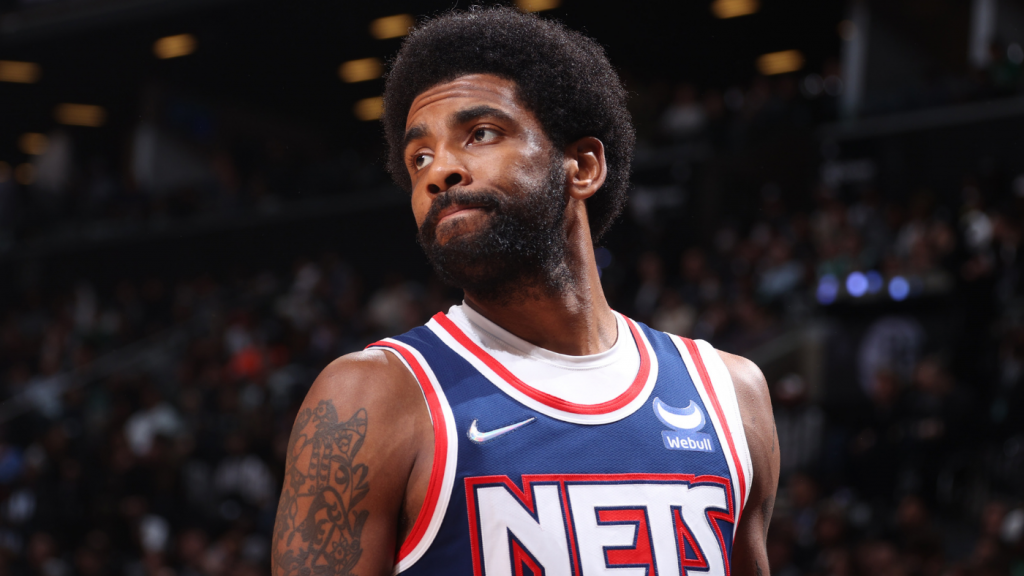 With the NBA schedule released earlier this week and all of us trying to figure out how the season will play out, one stark question looms ominously and frustratingly over our predictions: What, pray tell, is the Brooklyn Nets roster going to look like on opening night?

Kevin Durant’s trade demand doesn’t seem to be going away any time soon, and the Kyrie Irving rumors have continued to flutter recklessly through the NBA Twittersphere, usually with the Los Angeles Lakers as the targeted destination for the point guard who appears to have lost favor with his current franchise.

A common potential trade involves Irving heading to the Lakers in exchange for a similarly embattled point guard, Russell Westbrook, in addition to one or both of the Lakers’ available first-round picks (2027 and 2029). It appears, however, that won’t be enough to get the deal done.

Rather than simply future draft picks and/or young players, the Nets are looking for an established player who can provide immediate benefit to the roster, according to NBA reporter Marc Stein:

“The Nets’ current stance, sources say, is that they are unwilling to send out Irving in a trade if the deal solely brings back future assets. They apparently want win-now talent in return to part with Irving, despite all of the turmoil that has engulfed the Nets for months.”

At this point in his career, Westbrook is widely viewed as a depreciated asset who may even be a buyout candidate after any potential deal — not someone you bring in to bolster your team.

Since the Lakers really don’t possess a desirable win-now player outside of LeBron James and Anthony Davis, a third team would need to be brought in to facilitate an Irving-to-Los Angeles deal if the Nets maintain their current stance. Stein also notes that Brooklyn’s conception of an Irving trade could waver if it’s able to pull off a deal for Durant that significantly changes the roster makeup.

Brooklyn has been incredibly patient with the Durant situation, so there’s no reason to believe they’ll accept anything less than their dream scenario for Irving … for now, at least. For the Lakers, who just inked James to a two-year extension, they need to make significant changes to their roster if they’re going to compete in what should be an incredibly stout Western Conference this season.

Irving seems to be a logical fit in L.A. given his ability to not only act as a secondary playmaker but also to serve as a much-needed off-ball shooter next to James and Davis. For now, however, it seems that the Lakers simply don’t have what the Nets desire in exchange for a player of Irving’s caliber.