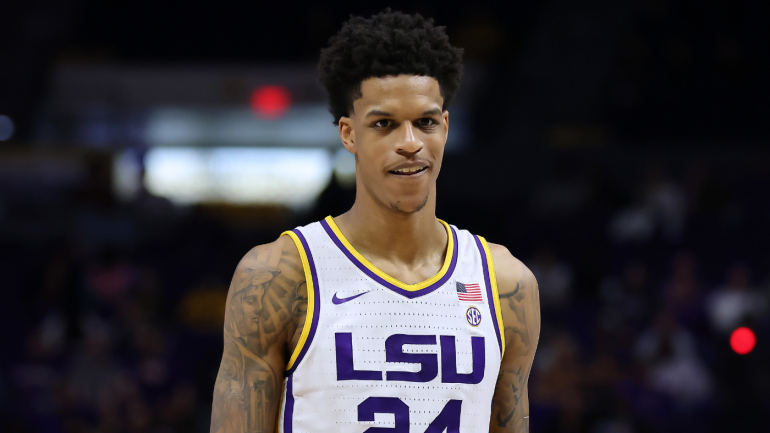 The Los Angeles Lakers have reportedly signed Shareef O’Neal, son of team legend Shaquille O’Neal, to a Summer League deal, according to The Athletic’s Shams Charania. O’Neal worked out with the Lakers before the Draft, but as expected, he was not selected in either of the two rounds and will now try to prove his worth in Las Vegas next month.

O’Neal was a sought-after high school prospect, but his career never got off the ground at the collegiate level. He needed heart surgery while playing at UCLA, and in three total years split between LSU and UCLA, O’Neal averaged just 2.6 points per game in his college career. He played just 129 minutes last season for LSU, and as such, his father urged him to stay in school.

“We kind of bump heads about this process,” the younger O’Neal said in a video news conference. “He wanted me to stay in school. I wanted to better myself through this. He knows I’m working out with teams. But I’m not going to lie, we ain’t talked about this. I’m kind of just going through it. He didn’t do any pre-draft workouts; he just got straight on the [Orlando Magic], so it’s a different grind.”

O’Neal has a hard road ahead of him if he wants to make it in the NBA. He doesn’t have his father’s tremendous physical gifts. He’s going to have to impress a team on the margins and prove that he can be a solid role player if he wants to play professional basketball. Fortunately, his father’s old team is giving him a chance to do so.