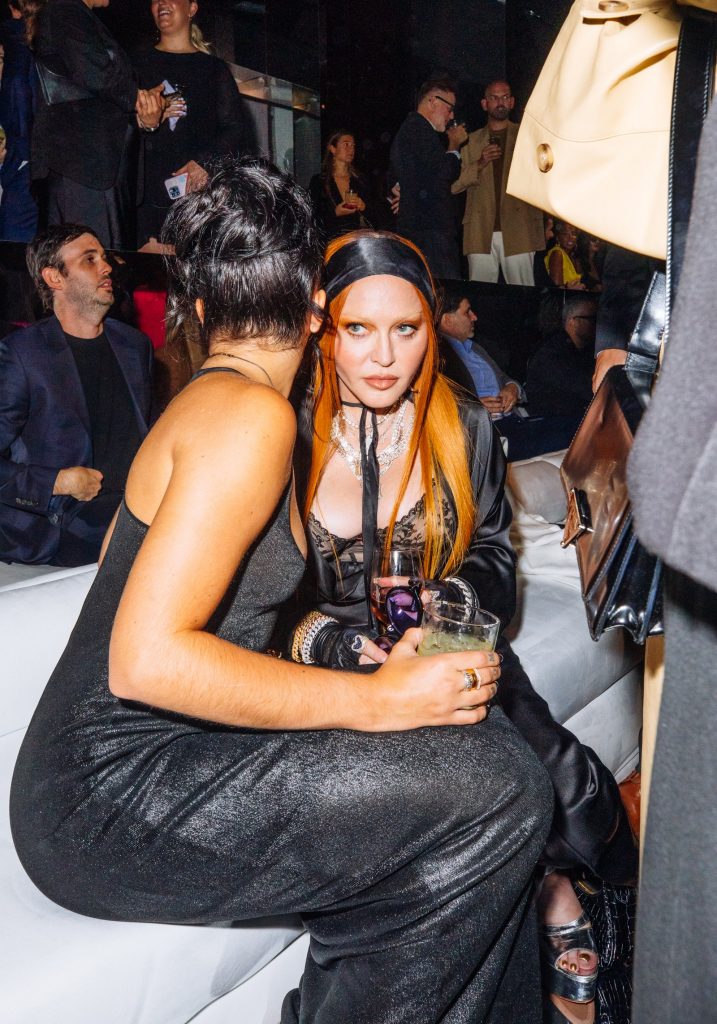 As guests like Chris Rock, Carmelo Anthony, and Brooklyn Beckham took their seats at Wednesday night’s Tom Ford show, Shai Gilgeous-Alexander took in the scene from behind mirrored sunglasses. “It’s elegant, clean, but also flashy and fun,” said the Oklahoma City Thunder star—and tier-one NBA style god. “The best of both worlds.” He was talking about his outfit, sparkly silver blouson and tapered black trousers, but he might as well have been describing Tom Ford’s winning approach to menswear. There’s a reason Ford is the first person so many celebrities call before an awards show red carpet: nobody else makes classic clothing feel so cinematic.

“I’m excited,” said Gilgeous-Alexander, who added he was expecting a “brilliant show. He’s one of the great designers.” A few seats over, Chloe Fineman, decked out in a bright blue velvet tuxedo, summed up the feeling in the room, easily the most star-studded of New York Fashion Week: “I’m sitting across from Madonna and Erykah Badu! I’m about to pee myself.”

Out came a collection that emphasized Ford’s flashy and fun side: cheesy western embroidered shirts, a bubblegum pink suit with a short necktie, zebra and cheetah prints galore, and a lacy underwear moment that resembled a Victoria’s Secret show, only with more leather (in the best way possible). Ford also pays close attention to the parts of a fashion show that turn it into a Fashion Show: The male models’ elaborate spit-sculpted hair was nothing short of breathtaking, and a soundtrack that started with Jay-Z and then cycled through ’80s hits had seatmates Russell Westbrook and Frances Tiafoe bobbing their heads. “I really wanted to sing along the entire time,” the singer Conan Gray told me after Ford took his bow to a standing ovation led by Rock.

Gray is part of a new generation of Tom Ford fans who wear the brand a little differently than the NBA stars. Like many of his Gen-Z pop star peers, Gray dresses with a keen sense for drama—he prefers a vertiginous platform pump to a Chelsea boot, and is no stranger to gold leopard jacquard trousers. Tom Ford isn’t always an obvious choice when it comes to the pursuit of viral outfits, but after last night, it’s safe to assume Ford will achieve a new level of red carpet glory with the next generation of style mavens. Ford’s genre, after all, is drama.

Go inside the room last night where it all went down.