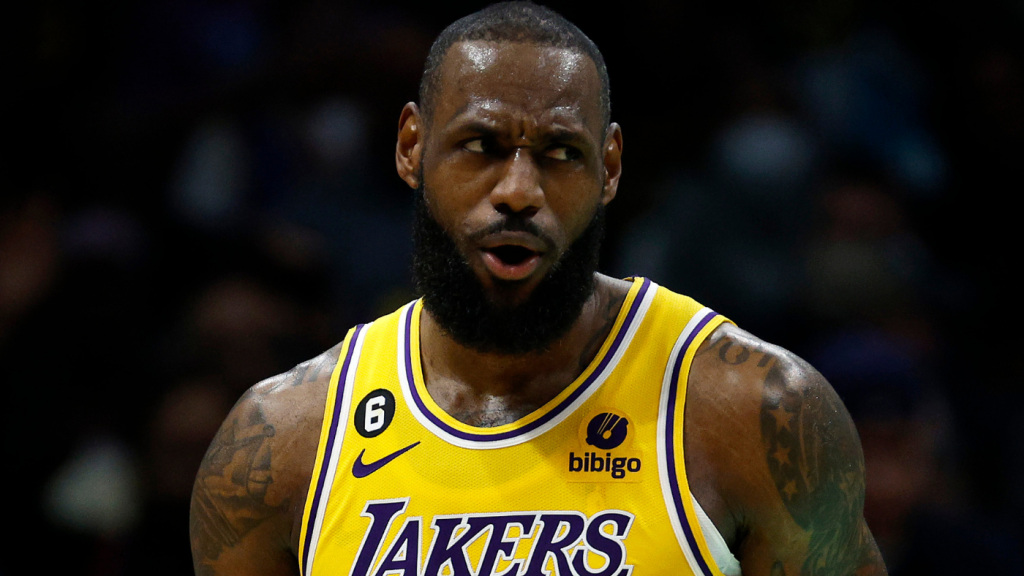 LeBron James, it seems, has had enough. Following his 37-point, eight-rebound, seven-assist performance in the Los Angeles Lakers’ 136-134 victory over the Sacramento Kings, which extended their winning streak to a season-high five games, James spoke with The Athletic about the lack of movement on the trade front and made himself quite clear.

“Y’all know what the f— should be happening,” James said. “I don’t need to talk.”

What James is referring to is the Lakers trading one or both of their remaining future first-round picks in 2027 and 2029 to get him some help. The front office, however, has been reluctant to send away either asset for fear of mortgaging the future for an average team.

James has previously made indirect comments through the media to try and put pressure on the front office.

During a special episode of “The Shop” in November, James lamented the lack of talent around Green Bay Packers quarterback Aaron Rodgers, another aging superstar. “When you’ve got a transcendent, franchise player like Aaron Rodgers… Why wouldn’t you surround that, when you’ve got the picks, to maximize what he can do?” James said.

In late December, after a five-game losing streak, he questioned how long he could keep playing in such a situation. “I’m a winner and I want to win. I want to win and give myself a chance to win, and still compete for championships,” James said. “Playing basketball at this level just to be playing basketball is not in my DNA. It’s not in my DNA anymore. We’ll see what happens and see how fresh my mind stays over the next couple years.”

With the Lakers now enjoying their most impressive stretch of the season (one with Anthony Davis sidelined), he has taken a more direct approach. His comments late on Saturday made it clear that he is not a fan of the approach the front office is taking. The final salvo, quoted at the top of the post, was just one part of a longer conversation that reads, in part:

The Athletic: To see you and the team playing this well, especially with AD out, has me wondering what the conversations with (president of basketball operations) Rob (Pelinka) and (owner) Jeanie (Buss) are like these days in terms of the roster. What’s the nature of your message? What is that communication like?

The Athletic: But LeBron, you’re 38, and you’re doing things that have never been done.

The Athletic: And the idea that a team would hold on to some picks and wait for next year …

The Athletic: But how’s your patience level? Is that aspect (of this situation) tugging at you?

James: “They’re doing what they feel is best for the franchise.”

The Athletic: How do you feel about that?

James: “I’m doing what’s best for my guys in the locker room. That’s all I can worry about.”

The Lakers are always going to be involved in trade rumors, but the topic has been busier and more complicated than ever over the past year. The Russell Westbrook dilemma appears to have been resolved by his improved play off the bench once he accepted that role, but little else has been.

James is still performing at an elite level as he enters the final years of a legendary career, and wants the organization to do everything possible to compete in the here and now. There are a few problems with that. One, James’ insistence that the Lakers trade for Westbrook in the first place removed most of their remaining flexibility. All that’s left now in terms of interesting assets are the 2027 and 2029 first-round picks, which won’t be fulfilled until likely after James has retired and could end up being extremely valuable.

In addition, the team just isn’t that great and Anthony Davis hasn’t proven he can stay on the floor. Even with this five-game winning streak, the Lakers are only 19-21 and outside of even a play-in spot as we approach the mid-way point of the season. What player or players are available who would make a meaningful difference in the Lakers’ championship hopes?

To this point, the Lakers’ front office hasn’t blinked, but will they keep that resolve in the face of increased public pressure from James? The next month leading up to the Feb. 9 trade deadline will be fascinating.