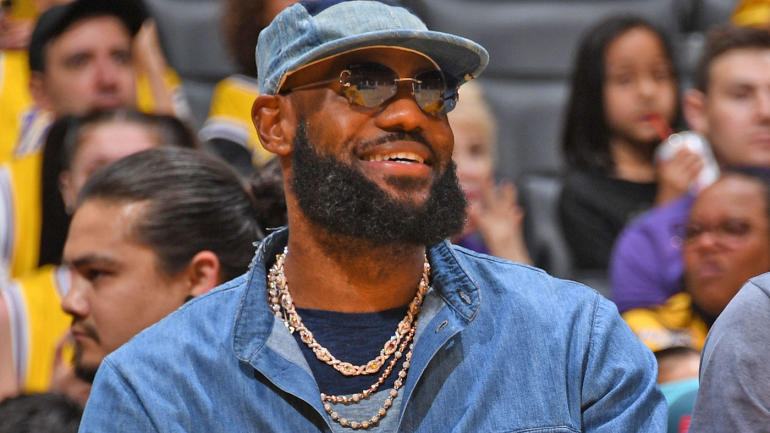 When LeBron James left the Miami Heat in 2014, it didn’t seem as though he ever planned to return. Heat president Pat Riley infamously challenged his two-time championship roster to stay together after losing the 2014 Finals, and Riley told ESPN’s Wright Thompson that he “was very angry when LeBron left.” While the exact state of their relationship is private, reports have suggested that it wasn’t always easy.

Yet in a new episode of HBO’s The Shop, James added the Heat to the ever-growing list of teams that he admires. In a promo for the episode, Maverick Carter asked James which of the remaining teams in the playoff field he’d want to play for, LeBron picked Golden State. In the full episode, however, he added Miami to the picture.

“The team I would love to play for that’s not in the playoffs which is the Lakers,” James said. “But if it was one team that I know I could make an immediate impact in the postseason and we could be very special, it would either be Miami or Golden State.”

In a vacuum, this doesn’t mean much. But James has spent the past several months praising just about every team and general manager under the sun. Here’s an incomplete list:

Now, we can add the Heat to the list. For the time being, a reunion feels unlikely. James can become a free agent after next season, but the Heat will be over the salary cap. Their best bet at bringing him back to Miami would be to draft his son, Bronny James, when he becomes eligible as early as 2024. Riley, in the past, has indicated that he “would leave the key under the doormat” for James should he ever want to come back to Miami.

It probably won’t happen any time soon, but with the offseason approaching, James continues to remind the Lakers of how well other teams and executives are doing. Intentionally or not, he’s putting pressure on them to surround him with a championship-caliber roster.