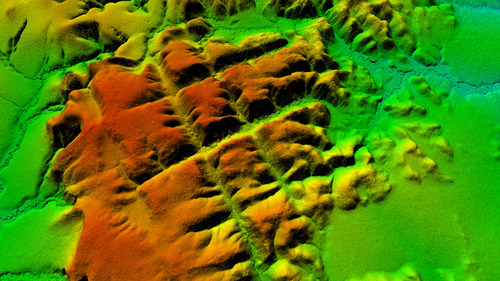 APIACÁS, Brazil, Aug. 17, 2022 /PRNewswire/ — The Brazilian Amazon may be the cradle of the oldest city in the world.The mapping analysis performed by LiDAR (Light Detection And Ranging) technology in Apiacás/MT indicates it. The laser scanning is performed by an airplane, the technology uses pulses of laser that can penetrate through the vegetation without needing to deforest the bush. The images, published on Sunday (August the 7th 2022), during a live YouTube broadcast on Dakila Research´s channel (Dakila being an association of independent researchers) show that the place, “Apiacás Lines”, was man made.

In June, authorized by the Brazilian Ministry of Defense, using its own resources, Dakila´s researchers used two aircrafts to fly over and track the place known as “The Apiacás Lines” in order to laser scan the area with LiDAR technology. Aerial images of the place showed surprising symmetrical patterns that can be seen with the naked eye. The lines appear to be squares or streets of a possible ancient city. According to dating carried out by researchers from the Universidade Estadual Paulista (UNESP- São Paulo State University), in Rio Claro (SP), a group of rocks found on the site are about 1.5 billion years old.

“It’s been more than 30 years of research to find that place. It might be one of the greatest discoveries of all time: Ratanabá, the “Lost City” in the Brazilian Amazon. According to our studies, Ratanabá was the capital of the world, built by the Muril, a pre-diluvian civilization and its ramifications go beyond the Brazilian Amazon, extending all over the world, according to Urandir Fernandes de Oliveira, president of Dakila Research Association. Dakila Research currently has 16 bases of investigation in the Amazon states such as Rondônia, Amazonas, Amapá, Roraima and Acre.

During Dakila´s live broadcast on it´s Youtube channel, archaeologist Saulo Ivan Nery explained that the presence of these “straight lines” on the ground are totally different than the natural patterns of surface erosion found in the region, alleging anthropic origin (man-made) of the “lines”.

Surveys of the local topography and of river basins in the area were carried out by the Brazilian Army and the Brazilian Geography Institute, used in a comparative study with the LiDAR images, have confirmed human intervention.

The total area scanned using the LIDAR technology on the “Apiacás Lines” encompass 95 hectares, of which we can identify around 30 “blocks” and 30 “streets”. The “blocks” have a height of about 50 meters in relation to the ground.

In different places of the Amazon Forest, sophisticated metal objects have been found, such as coins, medals, chests and swords; unkonwn rocks that have a strange glow in the dark; elongated skulls that have about 80 cm of cranial length and a fossilized footprint on a rock that is more than two meters in size.