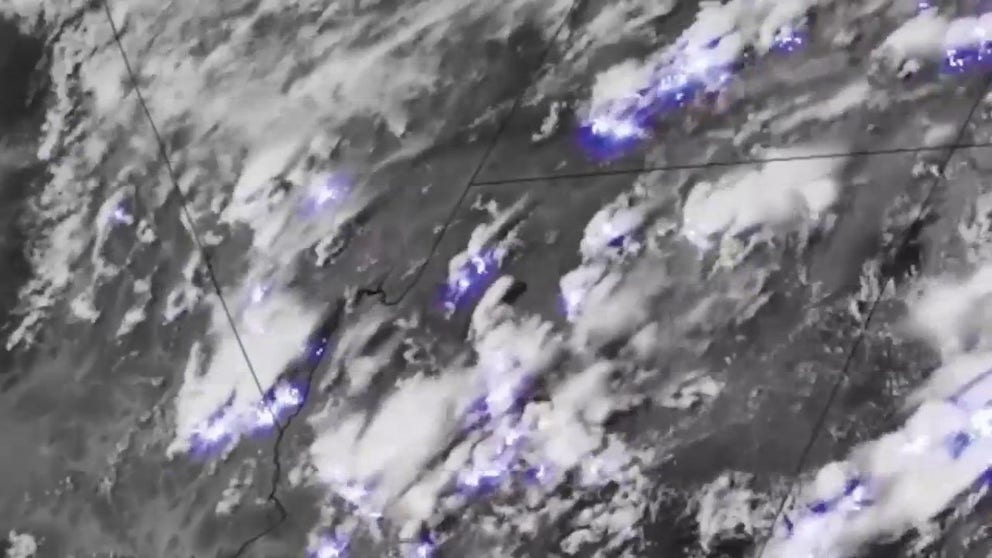 LightningCast is being evaluated by the National Weather Service to predict threats of strikes. (NOAA)

For decades children and adults have learned the motto “when thunder roars, go indoors.” It is a low-tech approach to staying safe when lightning could be in the immediate area, but thanks to advancements in forecast products, meteorologists are getting more advanced warning when these sudden dangers could be on the horizon.

The National Oceanic and Atmospheric Administration says several forecast offices around the country are using an experimental LightningCast product to determine who has the greatest chance of seeing lightning upwards of an hour before a strike.

The data comes from the GOES-16 and GOES-17 satellites that are constantly monitoring the skies over North America.

Forecasters say a sophisticated algorithm is able to recognize patterns in the imagery that often precede lightning activity in developing thunderstorms. The output is displayed on easy-to-read maps and color-coded by confidence levels.

The Geostationary Lightning Mapper can help predict the occurrence of lightning in the future.

HOW TO WATCH FOX WEATHER ON TV

The National Weather Service office in Birmingham, Alabama, is one of the offices that has used the new product and believe it could help forecasters determine when summer thunderstorms develop.

Forecasters have found the product helpful when there is a large, outdoor event, where organizers have their eyes glued to the weather forecast and to experts to learn about any potential impacts.

The helpfulness of the new product paid off in July when thousands of athletes descended upon central Alabama for the World Games.

The NWS alerted event organizers about a developing lighting threat, thanks in part to the LightningCast product.

The games were postponed until the danger moved through the region and meteorologists gave the all-clear.

Asides from major events where organizers are in contact with NWS offices, meteorologists say the public has yet to have likely seen any impacts or alerts from the advancement of lightning detection.

As the product becomes more accepted and widely used, it is hoped that forecasts not only improve but also alternative methods are developed to keep everyone safe and informed.

An estimated 40 million strikes impact the United States annually, and around 20 people are killed from lighting’s impacts.

So far in 2022, 14 deaths have occurred across the country, including three people taking cover under a tree near the White House and a mother waiting outside a school for her child in Central Florida.

Fourteen people have been killed by lightning strikes in 2022.