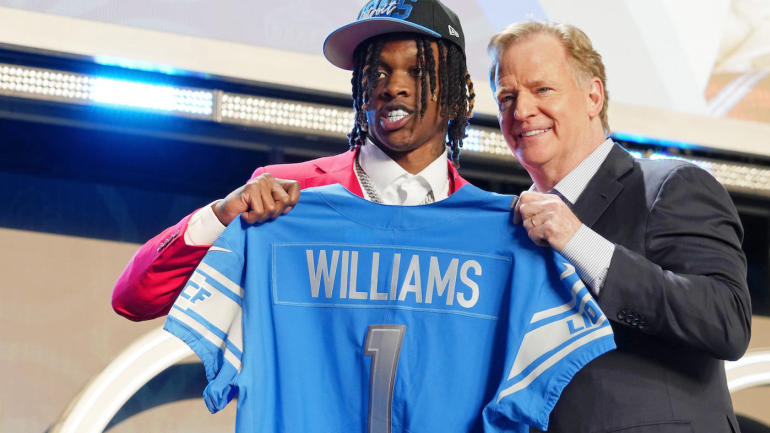 The Detroit Lions decided to begin a new chapter in their franchise’s history last offseason, as they traded longtime quarterback Matthew Stafford to the Los Angeles Rams. Now, they are ready to further move on by giving his jersey number away to another player.

Wednesday, new wide receiver Jameson Williams posted a picture on his Instagram story of a Lions No. 9 jersey. Per ESPN, Williams originally agreed to wear No. 18, but he is indeed switching to the No. 9. Williams also reportedly reached out to Stafford to make him aware of his intentions.

Stafford left Detroit as the franchise’s all-time leading passer in yards (45,109) and touchdowns (282). His leaving the franchise that selected him with the top pick in the 2009 NFL Draft proved beneficial for the quarterback, as he won Super Bowl LVI in his first season with L.A.

Stafford was truly a franchise great, and the Lions are hoping they found another future great in Williams. Detroit traded up in the first round of the 2022 NFL Draft to snag him at No. 12 overall after they saw Williams falling due to his torn ACL. The former Alabama wideout was named First Team All-SEC in 2021 after recording 79 receptions for 1,572 yards and 15 touchdowns. His touchdown catches were the most in the SEC, and tied for third-most in the nation.

Since Williams tore his ACL in January, it’s unknown when he will be able to take the field in 2022. Whenever he does, however, he will be donning a legendary number.