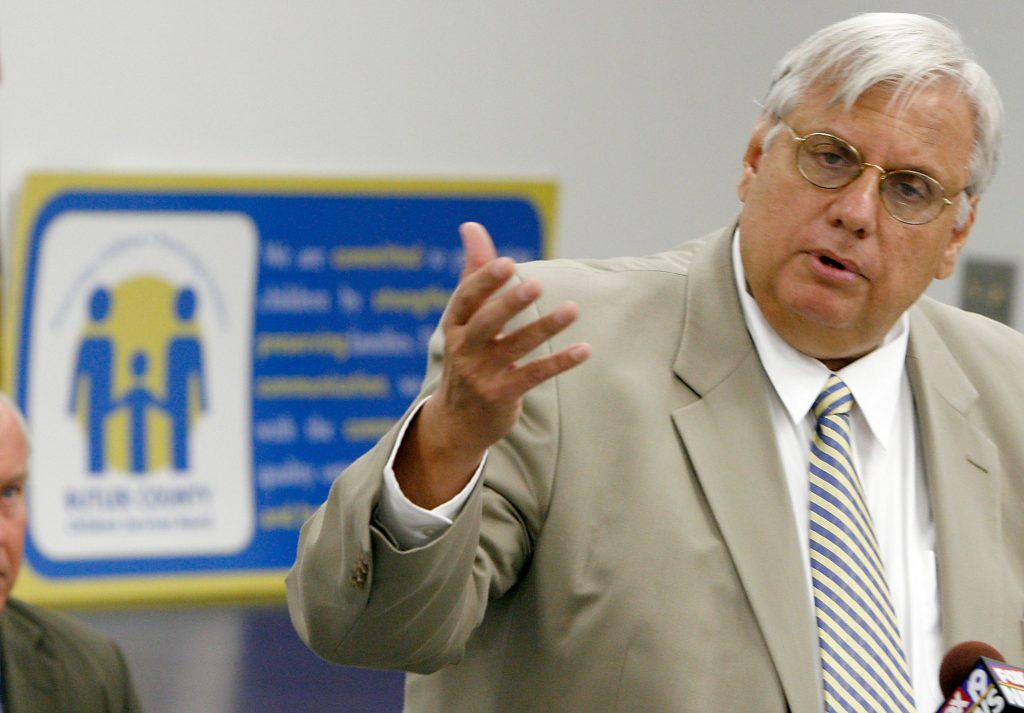 “We had a good talk. We talked about some of the accomplishments he had made. About politics in general and how politics can consume someone without them even knowing it,” Dixon said.

Butler County Sheriff Richard Jones said Fox was known as a “character” by many, but a “brilliant person” who knew of his accomplishments.

“He was an unbelievably brilliant person in the Statehouse,” the sheriff said. “I was always told he could get bills passed when the Democrats were in charge, or the Republicans, and he could get amendments done.”

“He has done a lot for the county, more than any other politician that I know of, to put it bluntly. Yes, Mike had made some mistakes, and he’s not perfect, but he always stood up for the little people. That’s Mike Fox. He’s a people’s politician.”

He continued to say without Fox, West Chester Twp. would not have the Union Center Boulevard interchange. “It was Mike Fox. He pushed it through within one year and got it done. No other politician could do that. They sit around and talk and talk. No other. Mike Fox was a man of action.”

Long-time friend Joe Statzer said he thought of Fox Friday morning, June 24, driving on Ohio 129, the highway that once bore his name but was removed in 2004.

“I couldn’t help but think of Mike and his many accomplishments for Butler County,” he said as he drove on the former Michael A. Fox highway. “He could be a genius, frustrating, comical, serious, irritating, and all in the same conversation ― heck the same sentence. Mike did a lot for this community. He certainly left a legacy of achievement.”

Former Butler County politician Mike Fox died on Thursday, June 23, 2022. He was 73. Pictured is at a 2007 press conference when he was named the executive director of Butler County Children Services. FILE

Former Butler County politician Mike Fox died on Thursday, June 23, 2022. He was 73. Pictured is at a 2007 press conference when he was named the executive director of Butler County Children Services. FILE

A visitation will be held from 10 a.m. until noon on Wednesday, June 29 at the Princeton Pike Church of God, 6101 Princeton-Glendale Road, Liberty Twp. Pastor Barry Clardy will officiate. A private burial service will be held at Rose Hill Burial Park at a later date. Online condolences are available at www.avancefuneralhome.com.