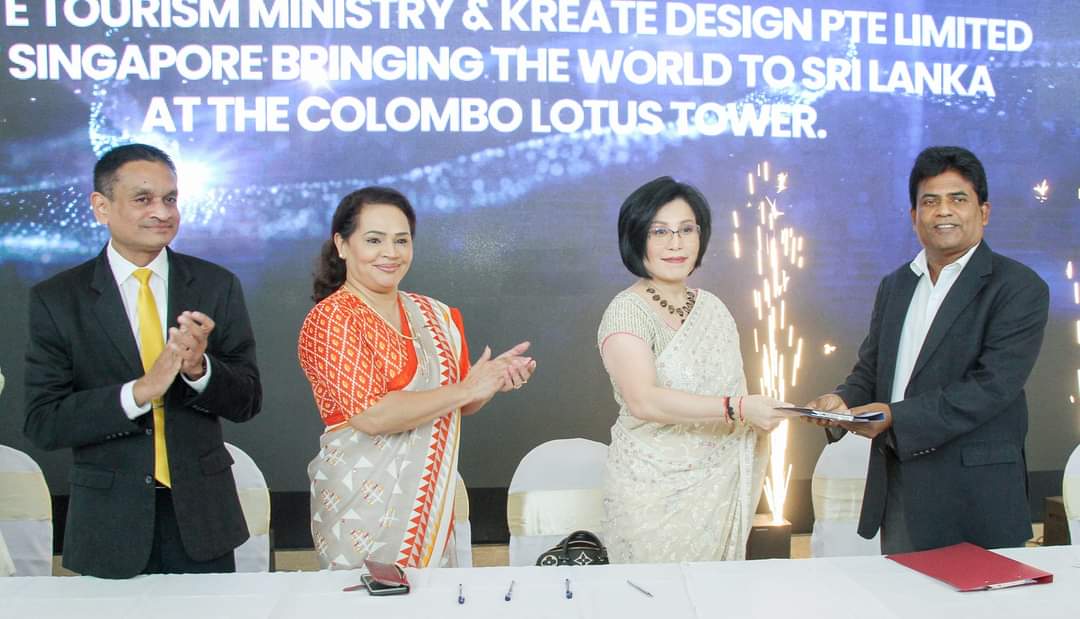 The Lotus Tower Management Company (LTMC) is expected to receive USD 1.4 million a year after signing an agreement with Singapore’s Kreate Design Pte. Limited to operate a casino and entertainment area, at the Colombo Lotus Tower.

As per the agreement entered into with the LTMC last Friday, the Singapore-based renovation and interior design company will lease out one floor of the tower base of the Colombo Lotus Tower consisting of 44, 000 sq. ft.

During a media conference held on Friday to sign the agreement, State Minister of Tourism Diana Gamage claimed the investment would bring in USD 1 billion over the next three years, but did not offer further details to back up this figure.

A statement issued following the media briefing claimed a fully-fledged casino and an entertainment area including water sports will be developed at the Lotus Tower within the next six months.

Under the terms of the 10-year agreement, LTMC will receive a six-month refundable deposit and the company is to begin operations from next April. There will be a 10 percent increment on the lease every two years. (NewsWire)