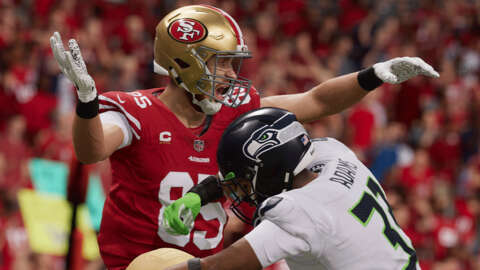 The year is 2022, which means we are yet again receiving another Madden game to start the football season. For those of you thinking this might just be yet another Madden…well, you’re probably right, but hey, you know, and I know the real reason we keep coming back for more: Roster Updates. All jokes aside stick around as I break down everything to know about Madden 23, so you can see if this might be the Madden for you.

Madden 23’s biggest change to the core gameplay is what EA is calling Fieldsense, an overhaul to several of the game’s on-field mechanics. New tackle animations and game logic have redressed the play-by-play nature of the sport. punchout fumbles and more team gang tackles intend to bring an extra level of oomph and aggression to the game – something EA refers to as the Hit Everything feature.

We’re gonna have lots of Madden coverage coming this month. I’m working on getting a Livestream set up for you guys the week the game comes out. Be sure to keep an eye out for Mark Delaney’s official Madden review after the game launches as well. If you’re interested in Franchise mode or want to play Ultimate Team but don’t want to spend a dime, let me know! Based on your comments, I’ll get more vids cooking for y’all catered to what you guys want to see. Thanks for watching.