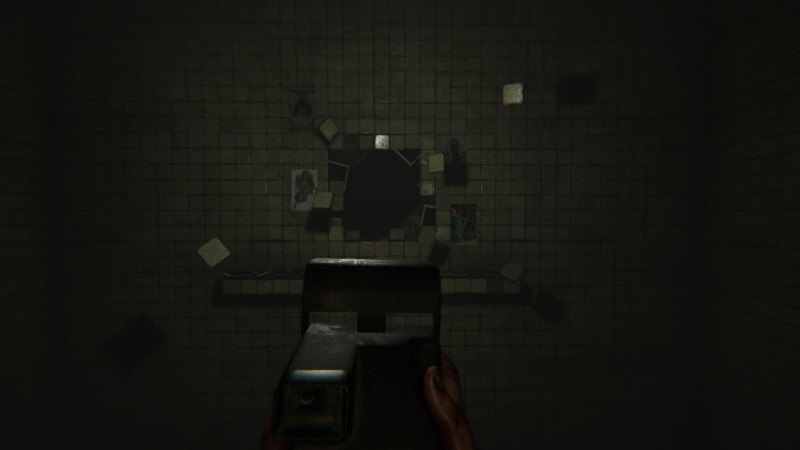 What do a murderous witch, a grandmother’s mysterious death, and demonic possession have in common? An old Polaroid-style camera. Discovering how means braving Madison, an indie horror title that fits within the post-P.T. first-person haunted house mold. Players explore an impressively rendered home solving puzzles and avoiding apparitions armed with a camera that’s more than meets the eye. Despite having a strong premise, presentation, and core mechanic, the experience gets bogged down by flawed puzzle design and repetitive scares.

As Luca, a demon has manipulated you into completing a dark ritual within your haunted family home. Along the way, you’ll learn of Madison Hale, a practitioner of witchcraft who committed a series of grisly ritualistic murders before being killed herself. While she sits at the center of your plight, the story also weaves in your family’s history with the demonic in ways that sometimes feel disconnected to the main plot, making it unclear how, say, a supernatural trip to a 1950s church directly relates to present events. Luca’s panicked, eye-rolling ramblings also became a distraction, so I’m thankful a Silent Mode let me turn him into a muted, subtitled protagonist to raise the creepy factor.

Your supernatural camera serves as your primary interactive tool and occasional weapon. Photographing key locations can shatter barriers, open portals to new areas, and cause other cool, reality-bending effects. The photos themselves often serve as crucial clues. It’s a neat mechanic, and I like the tension of shaking a Polaroid to see what big revelation appears. Since there’s no visual indication of when to take a photograph, I learned to snap a picture of something whenever I hit a wall.

When the camera isn’t the answer, you’ll be rummaging through a limited inventory of items for the right tool to pry open floorboards or snap chains. Puzzle-solving evokes Resident Evil in that sense, and while there are some clever riddles, others can be too opaque, and it can be easy to lose the thread on what to do next.

After receiving a new item, I wandered the house for over an hour looking for a way to use it, only to learn I had to return to a room I’d thoroughly explored to find an unrelated item that had appeared in the corner of the floor. A notebook that conveys your next objective threw in a vaguer waypoint; the solution required such a giant leap in logic that I yelled, “How would I know that?!” These situations occur more than I would have liked, so don’t be afraid to keep a walkthrough open because re-running the house multiple times to find a metaphorical needle in a haystack nullifies the sense of dread.

Exploring this cursed dwelling during the opening hour or two raised hairs thanks to its oppressive atmosphere and exceptional lighting work. A shadow-covered corner or stairway always gave me pause, and the game’s ambient bumps and camera tricks had me second-guessing each step. Unfortunately, the longer I explored, the more I noticed Madison’s excessive use of its looping soundboard of creaks, moans, and thunderclaps. I eventually stopped jumping at the same door-closing sound effect because I knew it wasn’t threatening, and it made Madison’s home feel closer to a county fair haunted house with a broken record player.

That isn’t to say that Madison doesn’t have terrifying moments; activating a series of record players while being stalked by a demonic creature from a children’s book freaked me out, and the game features its fair share of “nope” moments. I believe that less is more when it comes to horror, and Madison’s at its best when it teases a big scare and follows through sparingly. As the adventure progresses, it begins indulging itself too much. A room-hopping statue spooked me a few times before it started appearing every two seconds in more absurd locations such as in bathtubs and awkwardly placed atop furniture, making me laugh and dispelling its threat.

Madison also begins relying too heavily on cheap jump scares, especially during the back half, where I was hit with a near-constant barrage of them. I even experienced the same jump scare twice in one spot within minutes. After the fourth “surprise” in a row, I became frustrated by them more than anything. I can see Madison becoming a hit with the streaming crowd because of this, but I wish it showed more restraint and creativity on that front.

Despite my misgivings, Madison still offers a respectable evening of frights and is worth a look for fans of psychological horror. It succeeds in building tension and puzzle variety, stumbling when it becomes obsessed with bamboozling players with head-tilting solutions and stopping their hearts with lame jump scares. But when the game hits right, you’ll be glad no one caught the look on your face.