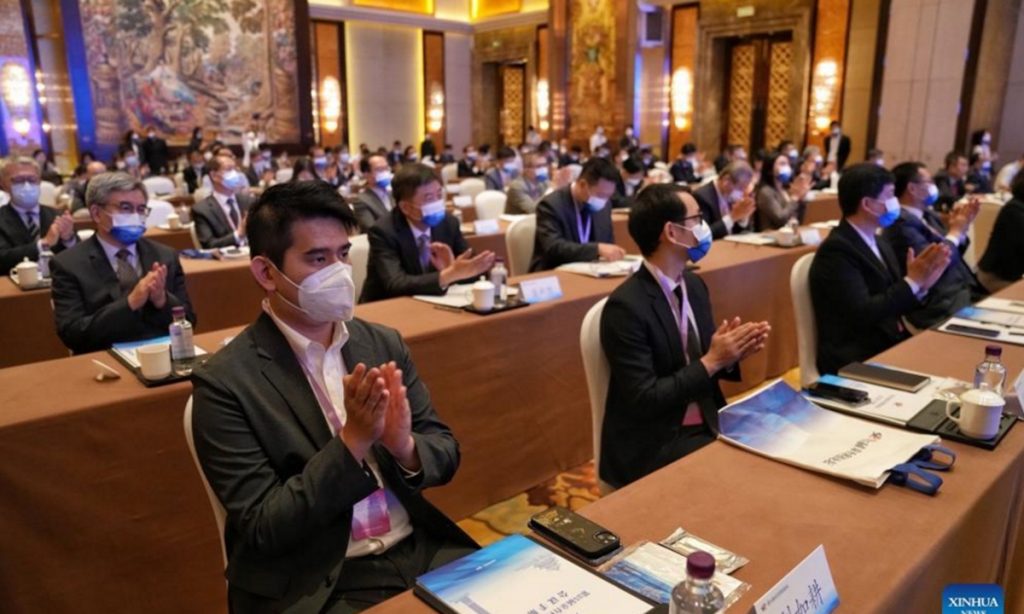 At an annual cross-Straits forum on technology development concluded on Tuesday, fruitful achievements and the vast potential for technology cooperation between the Chinese mainland and the island of Taiwan were highlighted, with mainland officials vowing continued support for Taiwan enterprises and entrepreneurs in the mainland.

The 25th Beijing-Taiwan Science and Technology Forum was simultaneously held in Beijing and Taipei both online and on-site.

The forum serves as an important platform for cross-Straits cooperation and has helped promote business exchange activities across both sides of the Straits over the past 25 years, Liu Jieyi, head of the Taiwan Work Office of the Communist Party of China Central Committee and the Taiwan Affairs Office of the State Council, said at the forum, according to China.org.cn.

Liu said that the Taiwan Affairs Office of the State Council would continue to encourage cross-Straits exchanges and cooperation and help Taiwan enterprises to invest in Beijing. He noted that cross-Straits economic and scientific cooperation has achieved fruitful results.

The Beijing-Taipei Industrial Park was one of those results. It was inaugurated during the 2019 session of the cross-Straits forum, with a total investment of more than 10 billion yuan ($1.4 billion).

“More than 200 mainland enterprises have settled in the park, involving next-generation information technology, aerospace and biomedicine,” the manager said.

Analysts also said that the future of Taiwan companies lies in the Chinese mainland.

Digital cooperation between the mainland and Taiwan, including the digital economy, digital platforms, software and hardware, can be further deepened, Wang Peng, a research fellow at the Beijing Academy of Social Sciences, told the Global Times on Tuesday.

“Taiwan’s strengths are in the research and development and production of high-tech fields such as chips and integrated circuits. The advantages of the mainland are systemic and complete industrial and supply chains, and more importantly, the huge market,” said Wang.

The mainland’s resilient economy, consumption and manufacturing capacity, and the increasing level of scientific and technological research and development, provide a bright future for Taiwan firms, analysts noted.

The mainland has issued favorable policy measures to support Taiwan businesses and entrepreneurs, allowing them to seize opportunities on the mainland.

Facts also pointed out that riding the giant ship of the Chinese mainland’s economy is the only path forward for Taiwan, especially in terms of social and economic development.

The mainland market has been a trade lifeline for Taiwan. In 2021, cross-Straits trade stood at $328.34 billion, double the level in 2011, customs data showed.

Taiwan could suffer a trade deficit as high as $80 billion without trade with the mainland and Hong Kong, which account 40 percent of Taiwan’s exports from January to July, data showed.

As of 2021, Taiwan residents had registered more than 10,000 self-employed businesses on the mainland, according to the Taiwan Affairs Office of the State Council.