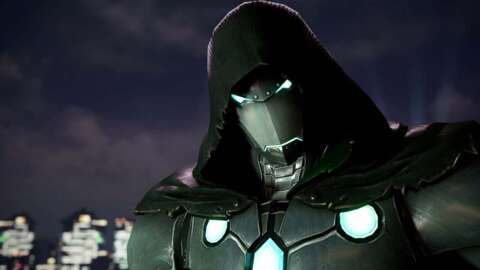 Kabam is launching a new 1v1 competitive mode for mobile brawler Marvel Contest of Champions, with its deck-building focus dropping players onto a whole new battleground.

Battlegrounds tasks players with building a deck of 30 champions out of all of the characters they’ve unlocked so far. After building a deck, players will then challenge other decks online using a drafting system that randomly selects a number of fighters from the deck and pits them against one another.

This new deck-focused mode is quite a departure from the standard 2D fighting fare, so for more we spoke with Tyler Thomson, senior producer at Kabam, about the new Battlegrounds mode. We covered deck-building, the mode’s inspirations including Magic: The Gathering, and the drafting mechanic.

We also discussed how matchmaking will work in this new mode–if it’s based on deck strength or the individual player’s ranking in the game as a whole–as well as how players can score points and achieve victory while battling with their chosen warriors.

This interview was conducted via email and edited for clarity.

Explain the thought process behind Battlegrounds. What was your inspiration?

Tyler Thomson: Our inspiration for Battlegrounds came from a number of popular genres that we thought could mesh well with our existing Contest of Champions core fighting loop. Games like Magic: The Gathering come to mind when describing our TCG style deck builder paired with our RPG rich champions, along with popular MOBAs like League of Legends and Dota 2 for their drafting mechanics.

As for the experience, the team wanted to pair our core gameplay with a fast-paced multiplayer experience focusing on a number of key areas: strategy, skill, knowledge, and roster. At the same time, we wanted to ensure we had an action-packed competitive mode for both players and spectators alike!

The drafting phase is particularly intriguing, pulling heroes randomly from the pre-constructed decks. What sort of strategies do you expect players to consider while planning their decks?

With more than 230 Champions to pick from, the strategies are almost endless. Players will have to take into account fighting against common defender choices, the extra abilities they will have added each week from nodes, and who they personally might not be great at fighting against. Some Champions are able to win through sheer DPS alone, and others require a more subtle approach.

We expect to see players try defense-heavy strategies, trying to stall their opponent, or offense-heavy to win with the timer. The faster they can end a match (provided they can do it with high health), the more likely they are to win. No single strategy is perfect for every player, and a mix of both will help players climb the ranks. The trick will be knowing when to press your advantage one way or another. The difference between a good drafting phase and a great one is split-second decision making.

How will players progress through the rankings? How long will each season run?

Will matchmaking sort players by overall deck strength or player ranking, or will it pull from a single active player base?

Thomson: To start with, players will all be pulled from the same active user base once they have reached a progression title called Uncollected. However, as they advance through the Victory Track and up to the Gladiator’s Circuit, they will find themselves facing players of similar strength and roster power. Skill will always play a huge factor in this game mode though, and can often overcome a roster that isn’t as strong as others. In the future, we are looking at having matchmaking sort by progression title.

There’s also the friendlies game mode where players can fight against their Alliance members (29 others)–or any on their friends list–so any Uncollected or higher player can face another in this game mode.

It’s noted that the rules for scoring will change depending on a season’s theme. Can you give some examples of that type of change?

The idea around this initial set of scoring parameters is to gauge a “perfect fight” which more or less translates to, defeat your opponent as quickly as possible with no damage taken. For future seasons (no promises), we might see additions that gauge how long a player can stay alive, how much power has your champion gained over a fight, how much damage over time have you applied to your opponent–the options are endless!

Will there be a few permanent scoring rules that carry over as well? What will those be?

Thomson: While it’s likely that a variation of the core three scoring parameters listed above will remain in some fashion for future Battlegrounds Season Metas, Battlegrounds offer a lot of flexibility in how matches are played, even beyond scoring, such as changing the number of bans in play or when players draft their champions. What if you had bans and picks before each round instead of one set of each at the start of the match? What if you drafted Attackers before drafting Defenders in a reverse draft? All of these questions are what make the future of Battlegrounds so exciting!

Marvel Contest Of Champions is available on iOS and Android devices.