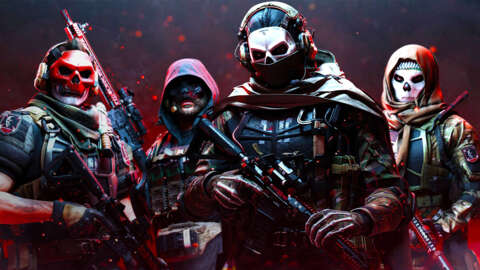 Leaked details on Call of Duty’s future ahead of the franchise’s upcoming Next event, plus uncertainty of Overwatch 2’s battle pass mere weeks before its launch. All this on today’s GameSpot News.

With more information about the standalone Warzone 2 on the horizon as part of the upcoming Call of Duty Next, some fans have wondered what exactly will be happening with the original version of Warzone. Reporter Tom Henderson on Twitter claims the game will be undergoing a name change on November 28, and that “it looks like original Warzone will continue to receive updates/DLC.”

It seems the original Warzone going forward will focus primarily on the Caldera map set in the Pacific, which was introduced as part of what Activision Blizzard called “Warzone Pacific” alongside Call of Duty: Vanguard Season 1 in November 2021.

Like its predecessor, Warzone 2 will be launching some time after the October 25 release Modern Warfare 2, and will feature many of that game’s mechanics, vehicles, and weapons.

Having Warzone and Warzone 2 coexist does line up with what Activision has said previously about the two battle royales, namely that Warzone will “continue on as a separate experience that will include a continuation of player progression and inventories within that Warzone experience.” That means skins, weapons, and unlocks in the original Warzone will not carry over to Warzone 2.

Looking further into the future for Call of Duty, 2024’s installment might tell a story about the war in Iraq. Twitter user TheGhostOfHope, who has accurately reported on unannounced Call of Duty details in the past, said the campaign for 2024’s Call of Duty game will cover what the US government calls Operation Iraqi Freedom and Operation Enduring Freedom, as well as the Battle of Mogadishu, which took place years earlier during the Gulf War of the nineties, the event later adapted and dramatized in 2001’s Black Hawk Down.

If Call of Duty 2024 is indeed about the Iraq war, the game will likely be contentious. Around 200,000 civilians died as a result of the war, and another game, Six Days in Fallujah, has generated a good amount of debate and discussion for its themes and elements. One could only imagine that the size and popularity of a franchise like Call of Duty addressing those horrific, real life events would result in an even larger discourse.