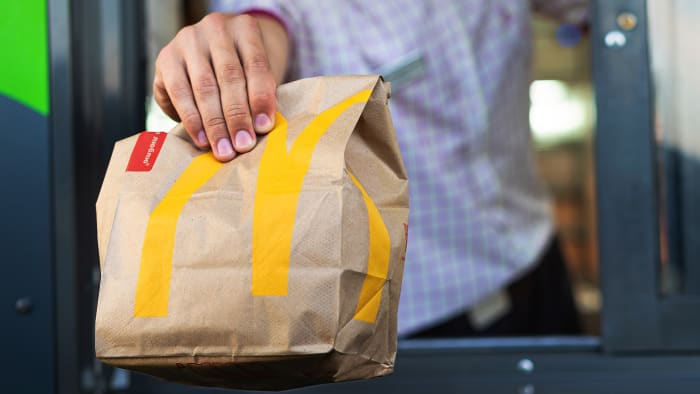 Chief executives and political commentary rarely go well together — when outgoing Whole Foods CEO John Mackey went on a podcast to say that the “socialists are taking over” and young people “don’t seem like they want to work,” the internet did not let him retire without one last scandal.

The latest person to make a splash with his remarks is McDonald’s  (MCD)  chief executive Chris Kempczinski. During a conference at the Economic Club of Chicago, Kempczinski drew attention to the issue of crime in the Midwestern metropolis that serves as the headquarters of the Golden Arches.

The city alone has more than 400 restaurants and, Kempczinski told reporters at the event, rising crime has been making it difficult to run many of them.

Kempczinski: ‘Violent Crime In Our Restaurants’

Back in 2018, McDonald’s moved its headquarters from suburban Oak Brook to downtown Chicago. At the time, the company positioned it as a “commitment to the city” — the headquarters are located in West Loop, an area known for its trendy restaurants.

Overall crime has indeed been on the rise in Chicago — police tracking data showed a 36% rise in overall crime between 2021 and 2022. This, however, largely comes from burglaries and carjackings as shootings are down 11% from last year while murders dropped 6%. Thefts are up 70%.

Even smaller and non-violent crimes can endanger fast food workers and create major liabilities for the company. EarIier this summer, Starbucks  (SBUX)  announced that it was closing 16 store locations in Seattle, Los Angeles, Portland, Philadelphia, and Washington, D.C. after managers complained of a rising number of assaults and other “challenging incidents that make it unsafe to continue to operate.”

Politicians, Executives, And The Chicago Stereotype

At the same time, “Chicago crime” is often brought up as a bogeyman by some Republican lawmakers. While Chicago falls below many other big cities in terms of both violent and overall crimes, long-standing stereotypes about the city’s gun violence have become a political talking point to argue that liberals are soft on crime.

The city was a frequent target for President Donald Trump — he once said that the city was “worse than Afghanistan” and accused local mayor Lori Lightfoot and other liberal politicians of “running it to the ground.”

Kempczinski has had his own Lightfoot-related scandal. In 2021, he publicly apologized after his text message to her was dug up and made public — in it, he said the parents of a seven-year-old shot dead in a McDonald’s parking lot and a 13-year-old killed by police were the ones who “failed those kids.”

While the scandal eventually fizzled out, Kempczinski’s latest comments about how the “city is in crisis” reignited the same debate over whether more should be done to fight crime as well as the right methods for doing so.

“Everywhere I go, I’m confronted by the same question these days: ‘What’s going on in Chicago?'” Kempczinski said. “While it may wound our civic pride to hear it, there is a general sense out there that our city is in crisis.”