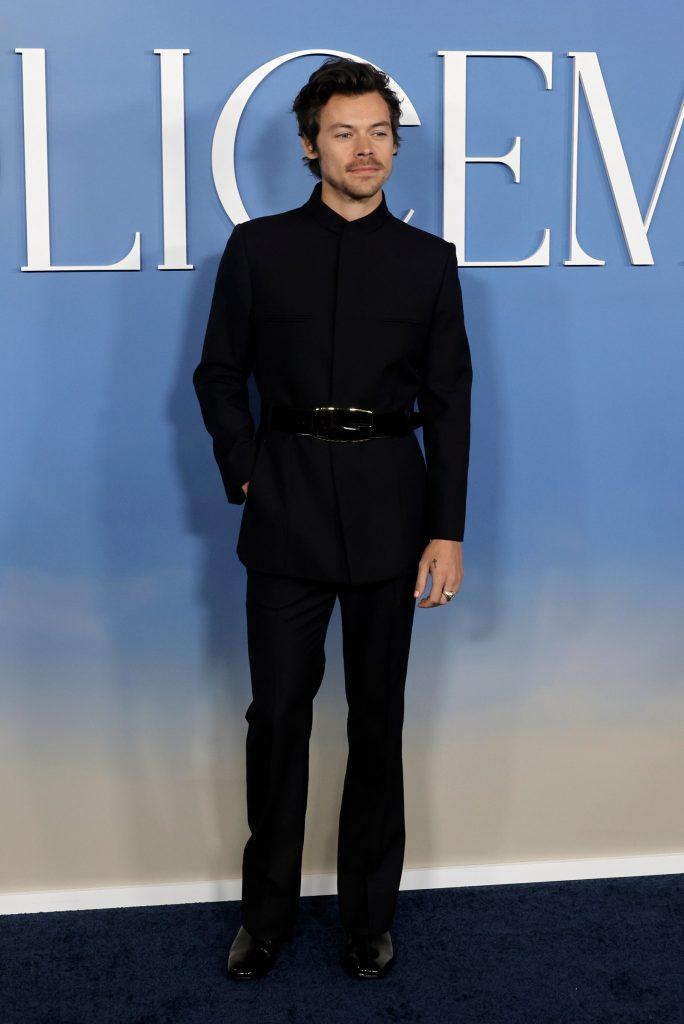 A pearl necklace on a guy? That’s standard practice now, largely thanks to Harry Styles. Who else could’ve made the classic grandma item a proper grail? Nobody! That’s who! Because in his Gucci-powered deep-space showman state, the singer has massaged the boundaries of menswear, womenswear, and everything in between to become a style icon.

This week, though, we got a look at a different kind of Styles style. At the premiere of My Policeman, Styles’ second big movie of the year, it was less neo-Vegas residency and more… Dune? It was severe, militaristic, futuristic and structured all at once—regalia that felt in-tune with Timothée Chalamet’s House Atreides on a funeral procession for a fallen comrade. There was the perennial neckline of cinematic villains the world over. There was composure. And most strikingly, it was all black.

For a man with such deep respect for the high camp (lime, lilac, pink, pajamas, and so on), it’s a key change. But it’s also a reminder that monochrome isn’t monotonous. It can be polished, moody and yet still fun thanks to a forward-thinking fit. Plus, Styles hasn’t totally deserted his signature. A cinching belt still plays with the silhouette. There’s a slight kick to the trouser. Everybody, please relax: Harry has most definitely not transformed into a wallflower.

Most of all though, this outfit is proof that one’s personal style is not inert. It moves and it evolves. But whether this is just a one-off or a big watershed moment, the all-black villain suit may well find itself to be the new pearl necklace.

This story originally ran on British GQ with the title “Who are you, and what’ve you done with Harry Styles?”