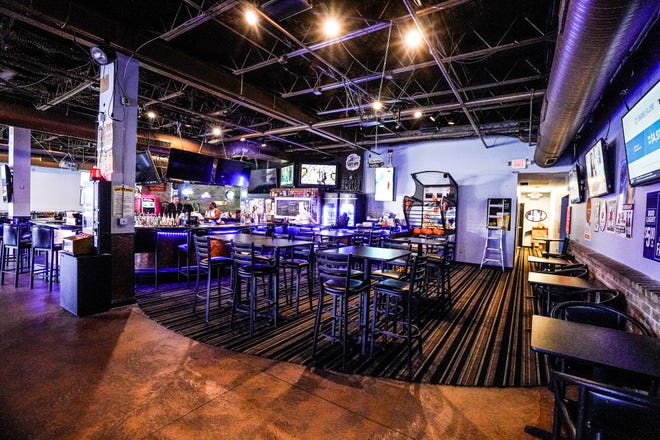 Less than three months after Tanya Davis opened Vegas Lounge & Bar to bring a bit of the glitz of Sin City to Broad Ripple, she’s added another Las Vegas-themed spot to the local landscape, this one at Fort Benjamin Harrison.

Her new MGM Lounge & Bar, a partnership with her younger sister Jaquita Savage, takes over the spot that had been Eddy’s Sports Pub at 9105 E. 56th St.

The sisters bought the business in mid-August.

The bar came with a clientele that frequents it for games of pool and lunches of Philly cheesesteaks, jalapeno poppers, wings and fries.

MGM won’t be as elaborate as Vegas Lounge, 723 N. Broad Ripple Ave., with its chandeliers and expensive shots of cognac  — Davis spent about $350,000 getting that  place ready.

But, the new owners will spruce up the loft space; painting, updating the bar tops, replacing furniture and installing industrial lighting.

“We’re going to have that sports feel to it; but it’s going to be like you’re in a casino,” Davis said. “We want to spice it up a bit.”

A new menu is in the works, featuring what Davis calls fusion bar food. She has plans for a seafood boil kabob, with shrimp and sausage. Meanwhile, Savage is excited to add dishes such as chili cheese fries and chicken nachos that were popular at GQ’s Grill, which she operated up until a few years ago.

Both the sisters own childcare and healthcare services companies.

Savage said Davis reached out to her to join her in the project after starting work on Vegas Lounge.

“I thought it would be a great experience for me; and it just kind of went from that point. Now I’m a bar owner!” Savage said.

While remaining a sports pub, the 6,000-square-foot space will offer a wide assortment of entertainment.

And they’re casting now for a monthly “The Dating Game”-type live show. Winners will get gift cards for dates.

Davis began seeking a second Vegas strip-themed location even as she was building out the lounge in Broad Ripple; feeling folks shut in by the coronavirus pandemic were eager to get back into restaurants and clubs.

“I want to be able to bring it to every part of the city,” she said. “We’ve been in the house for years. The pandemic is not going away. I want to make this where people could come out and enjoy.”