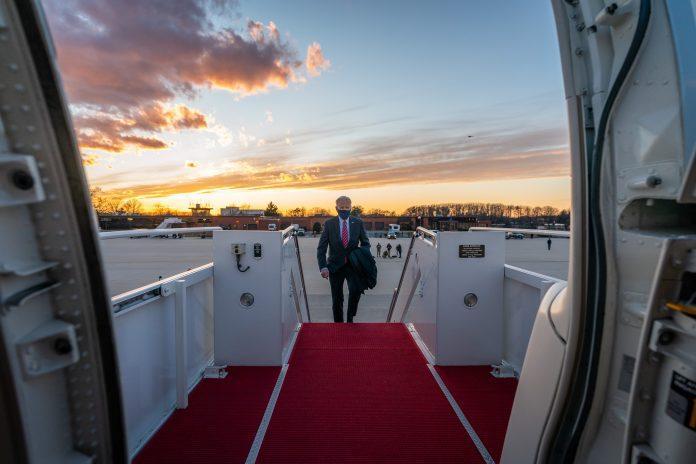 “This message is not just false, it is despicable. It reflects a deep contempt for the American people.”

The great paradox – and shame – of the New York Times, Washington Post, and many other prestigious news outlets is that they are brimming with top-notch reporters and editors who consistently produce stellar work. Yet, that distinguished journalism stands as a stark indictment of their political coverage, which insistently betrays the best traditions of the profession. It’s not a bug, it’s a feature.

They know that Hillary Clinton’s campaign manufactured the false claim embraced and amplified by the highest levels of the Department of Justice and the FBI that Donald Trump conspired with the Russians to steal the 2016 race. Instead of working to expose this massive effort at election denial, they advanced the conspiracy theory for years before working to cover up the truth as it emerged.

They know that significant questions surround the business dealings of President Biden’s son Hunter and his brother James – including evidence from their former business partner that the president himself lied about and profited from these deals. Instead of using their vast resources and talent to probe this alleged malfeasance, they have largely ignored the mounting evidence of corruption.

Instead of shining a light, they have intentionally kept their audiences in the dark regarding stories of the greatest consequence. (No doubt those readers were surprised to learn this week about record early voting in Georgia since the state’s new voting law had been described to them as “Jim Crow 2.0.” Likewise, they were probably shocked to learn that despite the plague of “systemic racism” in the U.S. health care system, whites are now more likely to die from COVID than African Americans.)

One can only wonder how those readers are responding to the polls which increasingly suggest big Republican victories in next month’s elections. Yes, the out-of-power party usually thrives in off-year midterms. But this anticipated red wave is taking place after most mainstream news sources have relentlessly cast the GOP as the second coming of the Third Reich.

For months, Democrats and their powerful media allies have been treating Jan. 6 as if was Pearl Harbor or 9/11, issuing thousands of fearsome reports across their home pages and airwaves. The president created a bogeyman label – MAGA Republicans – which mainstream reporters have echoed to frame the coming midterms as a battle to save democracy.

No rational American who believes what they read and hear in the New York Times, Washington Post, Los Angeles Times, Associated Press, NPR, NBC, ABC, CBS, CNN, MSNBC, The Atlantic, The New Yorker (and on and on and on) could possibly support the GOP. “If you care about the future of America, democracy and your own rights,” USA Today columnist Jill Lawrence declared, “don’t vote for Republicans. Any of them.”

Their house-on-fire coverage bludgeons Americans with the message that fascism and white supremacy are the real ballot measures at stake in the midterms and that our nation will become an authoritarian hellhole if Democrats do not prevail. In their telling, no decent person could vote for these monsters.

This message is not just false, it is despicable. It reflects a deep contempt for the American people. We are not a nation of haters. The vast majority of us hold sacred the rule of law under the Constitution. The mob who attacked the Capitol on Jan. 6 are a fringe minority. Those who argue otherwise, which includes most Democrat leaders and their lackeys at prestigious news outlets, are the greater danger. They insistently demonize their opponents and divide the nation. Their constant alarms about a brewing Civil War sound more like a desire for conflict than a warning.

If the polls are correct, the looming midterms may prove to be a reaffirmation of the wisdom of the crowd. Despite the relentless propaganda spewed by elite news organizations, the American people can still identify the issues that matter: runaway inflation and high interest rates, violent crime, an insecure border, and the excesses of woke ideology. The challenges they face in their daily lives define reality far more than the ideological fantasies they are told to believe.

Unfortunately, this repudiation of their false narratives will have no effect on mainstream news outlets. No correction is in the cards. What is mostly likely is that they will redouble their efforts to shape the national discourse, which helps explain why Hillary Clinton and the FBI have not been held to account for their Russiagate perfidy and why the president remains unscathed by his family’s suspect business dealings. Election results are just a bump in the road on their long march.

Their business model does not depend on providing the nation with accurate and fearless coverage. They serve a hardcore of true believers who don’t know, don’t care, or even desire to be misled. James Bennet, who was forced from his job as editorial page editor of the New York Times for running an op-ed which offended woke sensibilities, said subscribers expect that the so-called paper of record “will be Mother Jones on steroids.”

That is the present danger.

This article was originally published by RealClearPolitics and made available via RealClearWire.