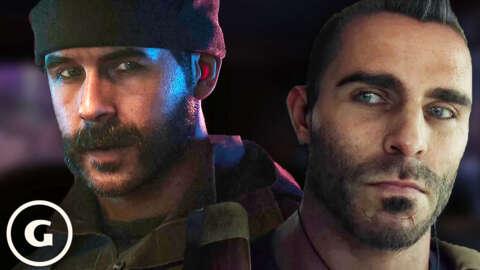 From movie style set pieces, to wicked plot twists, and sick villains, the cod campaigns are something I look forward to every release. Call me casual but I know I’m not the only one who was disappointed when Black Ops 4 didn’t have a campaign. Now so far we’ve only seen the reveal of the Dark Water mission and snippets from the brand new campaign trailer released earlier. Dark Water looked dope to me, but some people online felt that it looked like a rehash of the original Modern Warfare’s opening ship mission which, fair! The cutscenes from the new trailer though? Dude seriously, I had to pause and double take because I thought this was a live-action trailer, the cgi and cutscenes look really awesome and I can not wait to bust it out on my shiny Series X or PC.

Unfortunately, in multiplayer, Activision likes to mess with everything it touches, and a big part of me is warily waiting for something to happen with Modern Warfare 2’s live service model, especially from a “give me more money” point of view. If not at launch, then almost certainly in future season passes. Modern Warfare 2019 was really tame at launch when it came to cosmetics and microtransactions with a lot of skins being pretty neat mil-sim style stuff. Then along came Warzone and suddenly we got crazier and crazier skins compounded with Black Ops and Vanguard all transitioning their skins across games.

Modern Warfare 2 is right around the corner with a weird rolling launch. We’ve got the campaign coming up first in an early access period, then the official base launch with multiplayer, and Warzone 2.0 at its heels with a November launch. We’ve all enjoyed our time with the multiplayer beta so far so be sure to subscribe for more guides, gameplay, livestreams, and of course our official review score once the game launches.