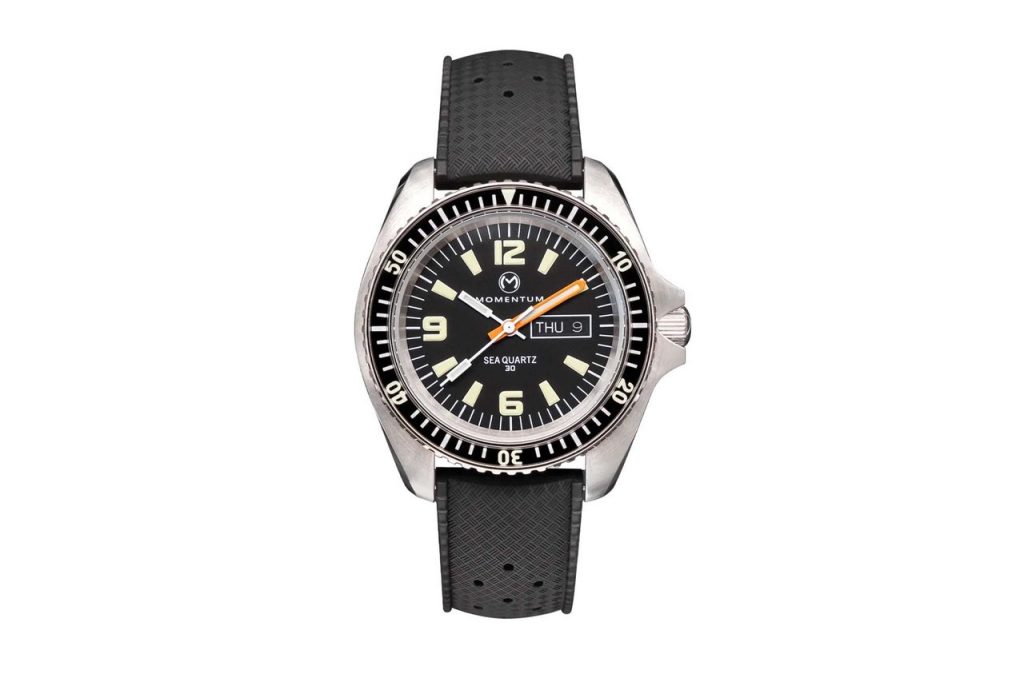 The 1980s were a fertile decade for menswear, from Giorgio Armani’s billowy suits to Perry Ellis’ chunky cable knits to Ralph Lauren’s redux of classic Americana. Not all of the guys who defined ‘80s style, however, were designers. From 1980 to 1988 a Navy SEAL-turned private investigator named Thomas Magnum (Tom Selleck, at the height of his fame) made an indelible mark on the culture with a wardrobe of aloha shirts and high-waisted jeans, along with, of course, one of the greatest mustaches in TV history. Accentuated by a Detroit Tigers cap, a pair of white boat shoes, and a red Ferrari 308 GTS, Selleck’s look defined a specific type of laid-back masculinity for a generation, and remains as unimpeachably cool in 2023 as it was at the height of the cocaine chic era.

On later seasons of the show, Selleck famously wore a Rolex GMT-Master, but for the first few years of the series the actor swore by a Chronosport Sea Quartz 30, a sturdy, unassuming dive watch that perfectly complemented his signature mix of sportswear, workwear, and military pieces. The GMT-Master is well known as one of the most-coveted watches on the planet, with a five-figure price and a lineup of would-be buyers to rival any Taylor Swift concert. The Sea Quartz 30 though, packs just as much early-’80s swagger, and can (for a limited time) be yours for under $200.

If you haven’t heard of Chronosport, it’s for good reason. Despite being a mainstay of dive shops in the ‘70s and ‘80s, and one of the first brands to bring an analog quartz dive watch to market, Chronosport is now long-gone, one of many watch brands that fell into obscurity following the quartz crisis. But the family that owned Chronosport—now rebranded as Momentum—is still in the watch business, and still specializes in the kind of tough-yet-affordable quartz dive watches beloved by floatplane pilots, rescue divers, and other types you’d find sipping longnecks at a marina bar.

This month, 43 years after Magnum, P.I. made stars of both Tom Selleck and the Sea Quartz 30, Momentum is bringing back the watch, and with it an entree to Magnum’s supreme ‘80s aesthetic. With a 42mm steel case, screw-down crown, and 300m water-resistance rating, as well as a generous layer of C3 Super-LumiNova on the hands and markers, it’s every bit the same rugged tool watch it always was. Better yet, until January 11th, you can pre-order one at the original price of $195, over $60 off the regular retail sticker. Not only does that make it a killer deal, it’s also the perfect way to get your Thomas Magnum on any day of the week, with or without the Hawaiian shirt and well-worn Sebagos.