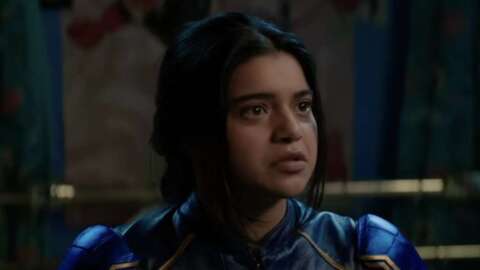 Now that Ms. Marvel has finished up its six-episode run on Disney Plus, actress Iman Vellani is doing the rounds talking about her experience on the show. In an interview on Late Night with Seth Meyers, Vellani has revealed that she is enjoying her newfound social media freedom by arguing anonymously with fans on Reddit.

“I’m not present on social media publicly, but I do have a lot of private accounts.” Vellani explained. “Especially on Reddit. I’m just arguing with people about theories. I’m like, ‘you don’t even know what’s coming, man. Like, you’re so wrong.’ It’s so liberating.”

Vellani goes over her own history with Marvel, from being a teenager spending her allowance on Iron Man comics, to seeing Ms. Marvel on the cover of an Ironheart issue and falling in love with the character instantly. As a huge fan of Kamala Khan, and the MCU in general, Vellani seems perfect for the role, telling Meyers, “my life is overwhelmingly good right now.”

Vellani is due to reprise her role as Kamala in The Marvels, a sequel to Captain Marvel that will also see Brie Larson returning as Carol Danvers. It’s likely the character will appear in more future films across the MCU too, though any potential second season of Ms. Marvel would have to wait until after The Marvels releases in 2023. 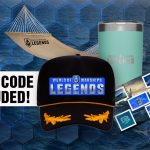