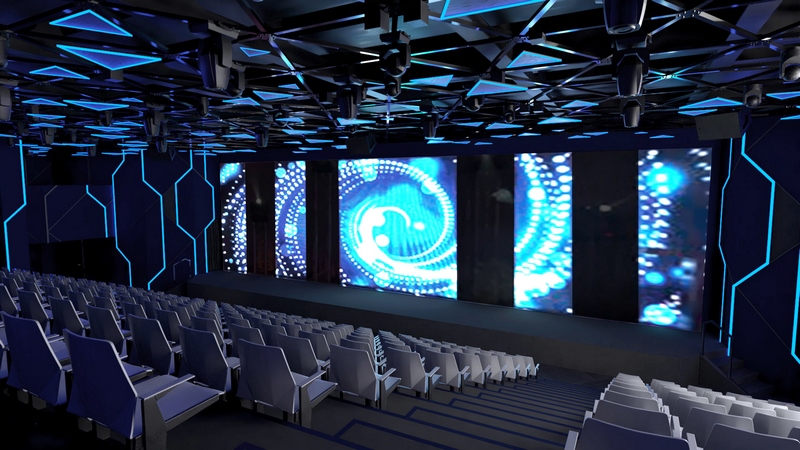 MSC Cruises has revealed details of the entertainment options onboard the line’s new World Europa.

There are three new concert-style shows in a multipurpose Luna Park Arena, five new full-scale theatre productions in the ship’s World Theatre, four themed experiences in the Panorama Lounge, plus surprise pop-up live exhibits throughout the vessel, according to the company.

Steve Leatham, Global Head of Entertainment, MSC Cruises, said: “The brand-new interactive entertainment featured onboard MSC World Europa will be unlike anything that our guests have ever experienced, combining futuristic technology and unique specially designed venues. From surprise moments that will take place during the entirety of the cruise to spectacular shows and state-of the-art venues, our guests will be blown away by the abundance of fantastic entertainment options on board as they find themselves at the heart of productions and immerse themselves in incredible performances and activities.” 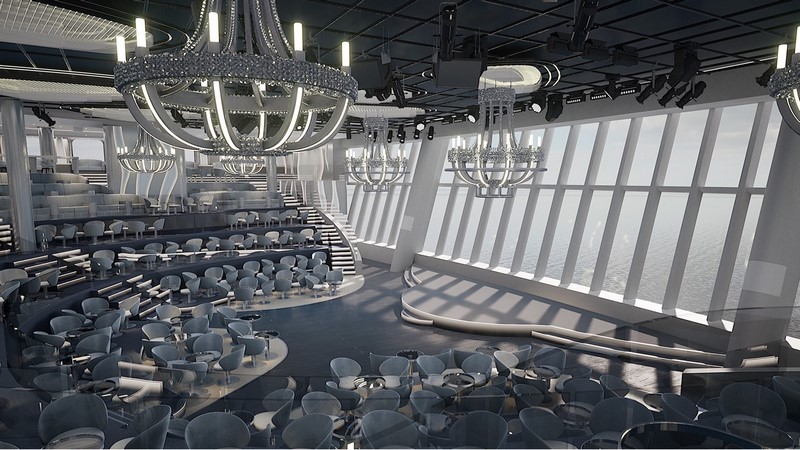 The new Luna Park Arena is a 300-seat multifunctional entertainment venue that will host films, game shows, activities for children and different themed parties. During the day, the venue will host a variety of activities for all ages including a new virtual reality Drone Academy, a Digital Dance Academy with three bespoke ‘Dance with Flavia’ classes with ‘Strictly Come Dancing’ champion Flavia Cacace-Mistry, Doremi’s ‘Wake Up Rave’ for the ship’s younger guests and two new large scale interactive gameshows.

Throughout the cruise, guests will also have the opportunity to participate in a series of challenges aimed at breaking Guinness World Record titles through daytime events and an evening large scale show in the arena.

At night the venue offers three interactive concerts bringing together technology and visuals.

There are five new shows as the main stage on board MSC World Europa is the World Theatre that will stage five new original large-scale theatre shows focused on exploration, travel, the sea, theatre and sustainability.

The shows have been designed to include amazing talent, LED visuals and incredible scenery and props, as well as 350 spectacular custom-made costumes.

Shows include Eko with costumes made from recycled material, the original Amelia Earhart show with an E-Bike Stunt Wheel, A Night on Broadway featuring classic theatre show tunes, Cadmo The Landwalker focusing on exploration and Yellow Submarine which will feature amazing circus and magical elements based on songs by The Beatles.

Located at the aft of the ship, the Panorama Lounge will have music-themed experiences over pre-show drinks and an interactive floor featuring designs that will transform the space and changing screens that reflect the theme of the night.

Guests during the day can project drawings they’ve made onto interactive screens on the lounge’s floor as GIFs or watch as the floor turns into a giant colouring book for all ages to fill in their own designs.

At night, guests can enjoy four immersive 90-minute music experiences that showcase styles of dance from over the decades and across the globe including samba, tango, waltz and disco.

With live bands, dancers, singers, aerialists and acrobats, each experience will follow different themes, such as Let’s Get Loud with fiesta themed music like ‘Despacito’ and ‘Bailamos’, Ultimate Disco featuring bright colors and classics including ‘Boogie Wonderland’ and ‘Turn the Beat Around’, ‘Bandstand Boogie’ with old-school tunes and ‘Rock Evolution’, a rock and roll dance party.

The MSC World Europa will also offer a variety of surprise moments that pop up throughout different areas of the ship during the entirety of the cruise. Two different living exhibitions focus on Instagrammable content that center on the themes of Earth and Ocean. Artists, actors, musicians and inflatables will contribute to these surprise experiences on the ship.

Other onboard entertainment attractions include The Venom Drop The Spiral that is the longest at sea dry slide that spans 11 decks.

In addition, the ship will feature MSC Cruise’ largest waterpark with virtual reality technology in its fleet.

Guests can also participate in a variety of activities during their days at sea, from roller disco and rock ’n roll bingo to bumper cars and a football-themed challenge.