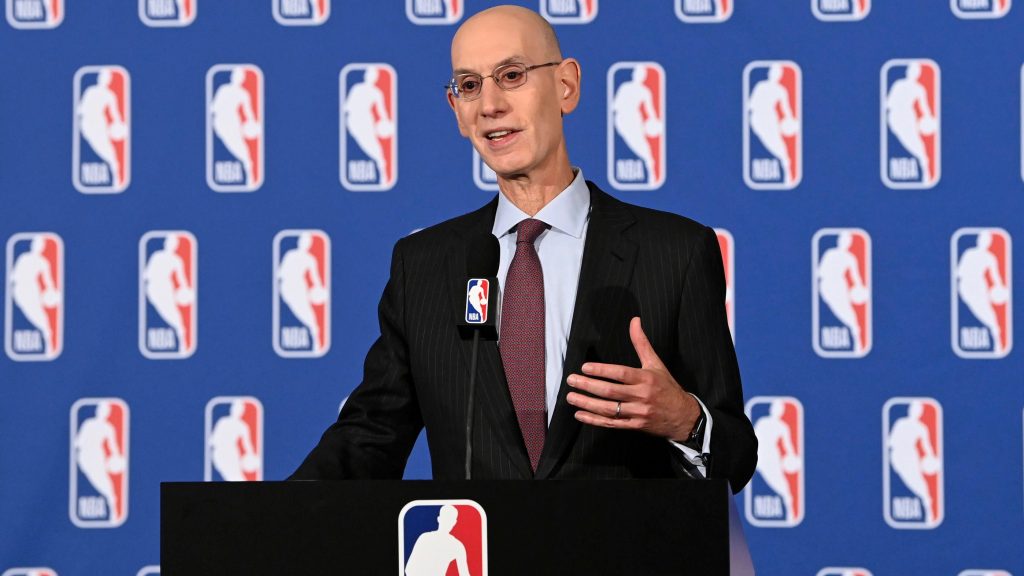 After a nearly year-long investigation into Phoenix Suns and Phoenix Mercury owner Robert Sarver over allegations of racism, misogyny and a toxic workplace culture, the NBA announced on Tuesday that Sarver has been suspended for one year and fined $10 million.

As part of the investigation, the league interviewed 320 people and studied more than 80,000 documents. Among other findings, the league determined that Sarver used the N-word on five separate occasions, engaged in instances of inequitable conduct toward female employees, and engaged in demeaning and harsh treatment of employees.

“The statements and conduct described in the findings of the independent investigation are troubling and disappointing,” Silver said. “We believe the outcome is the right one, taking into account all the facts, circumstances, and context brought to light by the comprehensive investigation of this 18-year period and our commitment to upholding proper standards in NBA workplaces.”

On Wednesday, Silver held a press conference in which he provided further information about the investigation and explained the league’s decision. Here are some of his key comments:

Did the league consider removing Sarver as owner?

No. Silver said taking that step was never under consideration. Furthermore, he said the league did not push Sarver to voluntarily sell the team.

Why did Sarver not face the same consequences as Donald Sterling?

In 2014, former Los Angeles Clippers owner Donald Sterling received a lifetime ban from the NBA, a $2.5 million fine (the max fine at the time), and was forced to sell his team after a recording of him making racist comments toward black people was released. The decision to force Sterling to sell — which required the approval of three-fourths of the league’s other owners — was Silver’s first major act as commissioner.

Many wondered why Sarver did not face the same consequences for his actions. Silver noted a number of factors, including the lack of audio or visual proof of Sarver’s conduct, the context for Sarver’s actions, and positive responses about him from interviewees.

“I’d say, number one, it was the same law firm, the same investigators both who looked into the Sterling matter looked into Sarver’s matter and ultimately the same league office and the same ultimate judge. For me, the situations were dramatically different.

I think what we saw in the case of Donald Sterling was blatant racist conduct directed at a select group of people. While it’s difficult to know what is in someone’s heart or in their mind, we heard those words. Then there was a follow-up from the league office, and that became public, as well, in terms of what Mr. Sterling even subsequently said about his actions.

In the case of Robert Sarver, I’d say, first of all, we’re looking at the totality of circumstances over an 18-year period in which he’s owned these teams, and ultimately we made a judgment, I made a judgment, that in the circumstances in which he had used that language and that behavior, that while, as I said, it was indefensible is not strong enough. It’s beyond the pale in every possible way to use language and behave that way, but that it was wholly of a different kind than what we saw in that earlier case.

I’d also say that I would like to think that all of us would want to be judged by the totality of everything they’ve done, good and bad. It may be that in certain cases something you’ve done is so bad, it doesn’t matter what all the other good things you’ve done. But I think in this case, looking back over his track record of hiring, his track record of support of particular employees, what the actual people said about him — remember, while there were these terrible things, there were also many, many people who had very positive things to say about him through this process.”

Why do different rules apply to Sarver than other league or team employees?

If a league or team employee at a lower level of power committed even one of the offenses outlined in the league’s report on Sarver, they would almost certainly be fired from their job. Why, then, do different rules apply to Sarver? In essence, because he’s the boss.

“There are particular rights here of someone who owns an NBA team as opposed to somebody who is an employee,” Silver said.

Later on Wednesday, NBA spokesman Mike Bass offered a clarification on this comment by Silver:

“Commissioner Silver’s answer to a question about the rights of business owners did not mean to suggest that NBA players, team employees and team owners are not held to the same standard of appropriate conduct. They absolutely are.”

Furthermore, Silver noted that forcing an owner out is a much more complicated process than firing an employee.

“I don’t have the right to take away his team. I don’t want to rest on that legal point because of course there could be a process to take away someone’s team in this league. It’s very involved, and I ultimately made the decision that it didn’t rise to that level.

But to me, the consequences are severe here on Mr. Sarver. Reputationally, it’s hard to even make those comparisons to somebody who commits an inappropriate act in the workplace in somewhat of an anonymous fashion versus what is a huge public issue now around this person.

There’s no neat answer here, other than owning property, the rights that come with owning an NBA team, how that’s set up within our constitution, what it would take to remove that team from his control is a very involved process, and it’s different than holding a job. It just is, when you actually own a team. It’s just a very different proposition.”

How did the league determine Sarver’s conduct was ‘without animus?’

Throughout its investigation, the league determined that Sarver used the N-word on five different occasions, engaged in instances of inequitable conduct toward female employees, and made inappropriate comments about the physical appearance of female employees. At the same time, the investigation found that Sarver’s actions were not “motivated by racial or gender-based animus.”

How did the league square that circle? Silver explained that, to some extent, it was a legal distinction rather than a moral one.

“I will say, I think that that’s in some ways a legal distinction. I think as I interpret their report to be saying that we are not able to conclude, based on the context of those statements, that they were said out of racial animus. I think also they are in essence saying that we do not know what is in his heart or ultimately in his mind, but that in the broader context of him saying those things, as foolish as it was for him to say that and as indefensible as it was for him to say that, we do not find that the motivation in the instances of saying those things was based on race. But that is their finding.

Again, they have the benefit of the larger context of doing those interviews, of seeing the full context in which those things were said.

I understand the inference that can be drawn from those things, but they ultimately found there was insufficient evidence to make those findings.”

Silver would not say whether he agreed with such findings on a personal level, but did indicate that he accepted the results.

“I accept their work,” Silver said. “To follow what we believe is an appropriate process here, to bring in a law firm, to have them spend essentially nine months on this, to do the extensive kinds of interviews they can, I’m not able to put myself in their shoes. I respect the work they’ve done, we’ve done. Worked with them in the past. They’re very good at what they do. They’re very experienced at what they do. The fact is I am given a factual record, and then I make determinations based on that. I do accept what they found.”