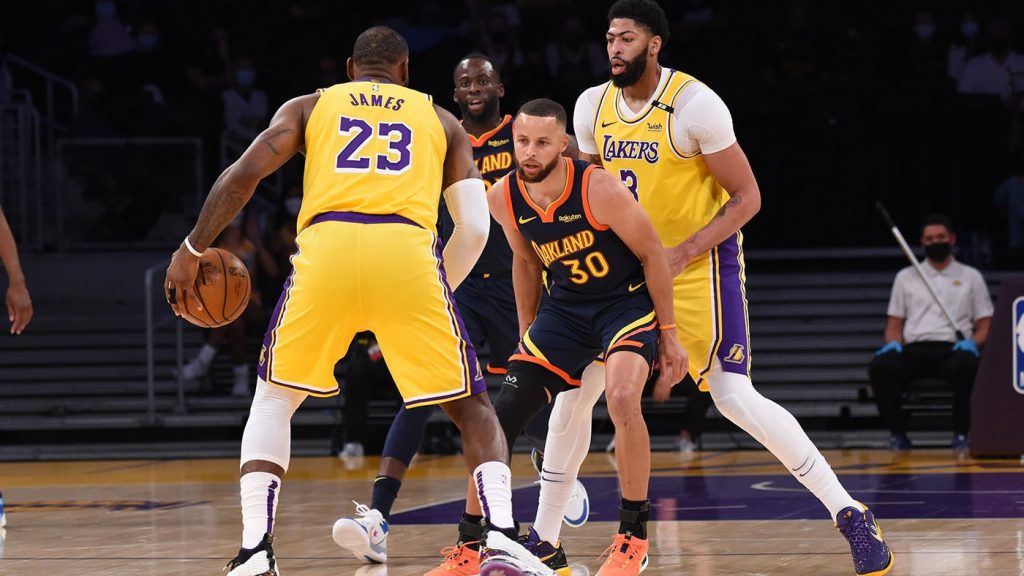 The 2022-23 NBA schedule was released on Wednesday (what portion of it wasn’t previously leaked, anyway), and naturally, we’re all running through it circling the matchups that stick out. Here are 10 to mark on your calendar through the first six weeks.

Opening night. LeBron James will watch Stephen Curry receive his fourth championship ring, matching his own total. The race to No. 5 is on, and Curry, in charge of another title-contenting roster, has the upper hand at getting it. If the Lakers have Kyrie Irving by this point, this becomes a headline matchup for reasons other than Curry vs. James; this will be two championship contenders squaring off with all the intrigue of a revamped Lakers roster and the Kyrie-LeBron reunion.

The opener for both teams, and it’s a must-watch for a handful of reasons. Presumably, it will mark Zion Williamson’s return to the court. Same for Ben Simmons. Also, the Pelicans are one of the teams believed to be in the mix to trade for Kevin Durant. Can you imagine if that trade has gone down by this point and Durant opens the season against the Nets in Brooklyn? If not, and Durant and Kyrie Irving are active for the Nets, this will be our first look at the on-court dynamic of the Durant-Irving-Simmons trio.

You can bet the Suns have some unfinished business with Luka Doncic and the Mavericks, who sent Phoenix packing with a 33-point bludgeoning in Game 7 of the conference semifinals last season. It turns out, Phoenix was dealing with a COVID outbreak. Chris Paul plays to win even in October. Luka is must-see TV. This will be a battle.

Another chance to see whatever this Lakers roster looks like, but more importantly it should be the return of Kawhi Leonard. The Clippers enter this season as an upper-tier title contender if Leonard is still an elite superstar. This is our first chance to see how lengthy his return to such status will be after missing all of last season rehabbing a torn ACL.

If you haven’t heard, Rudy Gobert now plays for Minnesota, which becomes one of the most interesting teams to watch this season. Who knows if Donovan Mitchell will still be in a Jazz uniform? If he is, you can bet that he and Gobert will want to get the best of one another.

This isn’t Denver’s opener (which is against the Jazz), but it’s the Warriors so this is a great time to tune in for the return of Jamal Murray and potentially Michael Porter Jr. Personally, I’m as excited to watch the Nuggets this season as any team. This is a legit championship contender. Nikola Jokic has a case as the league’s best player, and putting Murray back alongside him reunites an elite duo that is loads of fun to watch.

The Sixers had a great offseason with the additions of P.J. Tucker and De’Anthony Melton, but this is all about James Harden and whether his decline last season was the beginning of the end or a one-year blip. The Sixers bet a lot of money ($68.8 million over two years) that he’s still pretty damn elite. This is a pair of teams that have full sights on winning a title. Individually, Giannis vs. Embiid is never a bad matchup to clear the calendar for.

The Ball Bowl. Lonzo returns for the Bulls and LaMelo is coming off an All-Star nod. Both these teams are a fun watch, and the two brothers squaring off is worth setting some time aside. You will definitely see them guarding one another.

Trae Young at Madison Square Garden. Enough said. The Hawks made a big trade in acquiring Dejounte Murray this summer and this will be an early look at how he and Young will mesh, and as a potential bonus, the Knicks may have Donovan Mitchell by this point. After Young eviscerated the Knicks in the 2021 playoffs, he returned to MSG last season and threw up 45 points. The man knows how to seize the spotlight.

Let’s all pray to the basketball gods that Ben Simmons is on the court for the Nets in what would be his return to Philadelphia. If he is, this is going to be a bonkers atmosphere. Will Simmons wilt under the heat or turn it into fuel? This almost wouldn’t even qualify as a basketball game. It will feel more like a reality show.