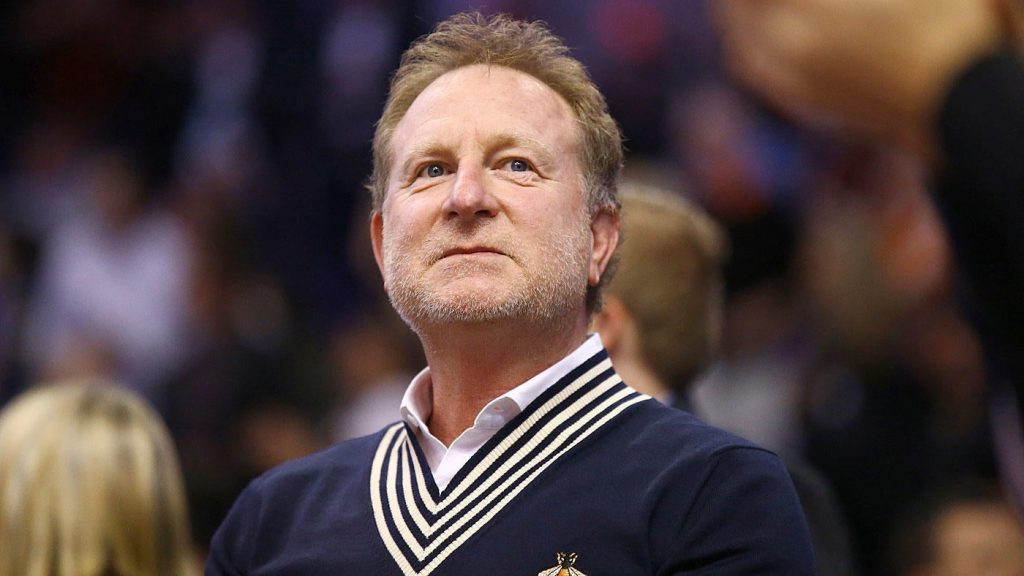 The NBA announced on Tuesday morning that Phoenix Suns and Phoenix Mercury owner Robert Sarver has been suspended from the league for one year following the completion of an investigation into his inappropriate workplace conduct. The investigation stems from an ESPN article written last year detailing a wide-ranging list of allegations made against Sarver for inappropriate comments and workplace behavior.

The investigation included information from interviews with 320 people, and evaluated over 80,000 documents including emails, text messages and videos. Among the findings of the investigation, the NBA determined that Sarver used the N-word on multiple occasions when retelling comments made by Black people even after being told not to, made “sex-related comments” about female employees, and created a work environment that was inequitable toward female employees.

Per the league’s statement:

Despite determining that Sarver did use racist and sexist language over his 17-year tenure as team owner of the Suns and Mercury, the league found that Sarver’s misconduct wasn’t based on race or gender.

In addition to the findings regarding Sarver’s behavior, the league also said that several Suns employees engaged in inappropriate workplace conduct.

“Among other things, the investigation found instances of racial insensitivity, mistreatment of female employees, inappropriate commentary related to sex or sexual orientation, and disrespectful communications.  The investigation also concluded that the Suns’ Human Resources function was historically ineffective and not a trusted resource for employees who were subjected to acts of improper workplace conduct.”

The report noted that most of the Suns’ employees who engaged in this misconduct no longer work for the organization and that the team has hired a new head of Human Resources who has implemented a “series of positive workplace changes.”

As a result of all these findings, the league has decided to suspend Sarver for one year, in addition to fining him $10 million for his comments and behavior. The league plans to donate Sarver’s $10 million fine to organizations that address race and gender-based issues in and outside of the workplace, per The Athletic’s Shams Charania. During his suspension, Sarver will not have any involvement with the business or basketball operations of the Suns or Mercury and must complete a training program that focuses on appropriate conduct in the workplace.

As for the Suns and Mercury, both organizations must complete a series of requirements as laid out by the league office geared toward workplace improvements. Those improvements are:

Sarver reportedly was “unaccepting” of the punishment laid down by the league office, per ESPN’s Adrian Wojnarowski and Baxter Holmes, and doesn’t think he deserves the one-year suspension and $10 million fine.

In addition to the announcement of Sarver’s punishment, NBA commissioner Adam Silver released a statement agreeing with the outcome of the investigation.

“The statements and conduct described in the findings of the independent investigation are troubling and disappointing,” Silver said.  “We believe the outcome is the right one, taking into account all the facts, circumstances and context brought to light by the comprehensive investigation of this 18-year period and our commitment to upholding proper standards in NBA workplaces.

“I am hopeful that the NBA community will use this opportunity to reflect on what this great game means to people everywhere and the values of equality, respect and inclusion that it strives to represent.  Regardless of position, power or intent, we all need to recognize the corrosive and hurtful impact of racially insensitive and demeaning language and behavior.  On behalf of the entire NBA, I apologize to all of those impacted by the misconduct outlined in the investigators’ report.  We must do better.”

Shortly after the findings of the investigation and Sarver’s punishment from the league were announced, the owner of the Suns and Mercury released the following statement.

“Good leadership requires accountability. For the Suns and Mercury organizations, that begins with me. While I disagree with some of the particulars of the NBA’s report, I would like to apologize for my words and actions that offended our employees. I take full responsibility for what I have done. I am sorry for causing this pain, and these errors in judgment are not consistent with my personal philosophy or values.

“I accept the consequences of the NBA’s decision. This moment is an opportunity for me to demonstrate a capacity to learn and grow as we continue to build a working culture where every employee feels comfortable and valued.

“I am extremely proud of the Suns and Mercury organizations and the record we have built concerning diversity, inclusion, and giving back to the community. It means a great deal to me that our dedicated and hardworking employees have made Phoenix a basketball destination – for both players and fans.”