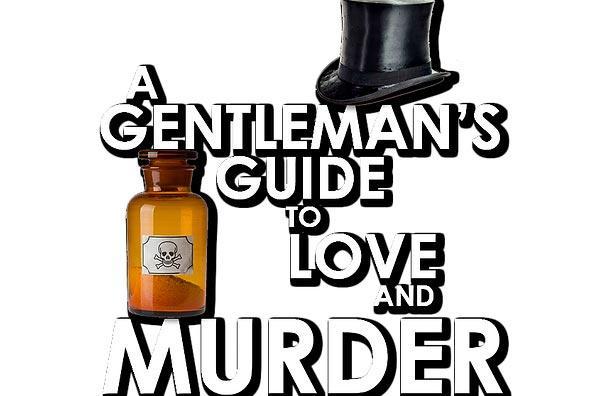 (LAMBERTVILLE, NJ) — The murderous romp filled with unforgettable music and non-stop laughs, A Gentleman’s Guide to Love and Murder returns to Music Mountain Theatre from October 14 – 30. Performances are Fridays and Saturdays at 8:00pm, Saturdays and Sundays at 3:00pm. This knock-’em-dead, uproarious hit was the most Tony-nominated show of the 2014 season with ten nominations and four wins, including Best Musical.

Charming and ambitious, Monty Navarro is in line for an earldom in the lofty D’Ysquith family. Eighth in line, that is. He figures his chances of outliving his predecessors are slight and sets off down a far more ghoulish path. Can he knock off his unsuspecting relatives without being caught and become the ninth Earl of Highhurst? And what of love? Because murder isn’t the only thing on Monty’s mind as he juggles the affections of two beautiful women – one, his very married mistress Sibella and, the other, a distant cousin named Phoebe.

A Gentleman’s Guide to Love and Murder is Directed and Choreographed by Jordan Brennan, Musical Director Sue Den Outer, Lighting Design by Chris Cichon, Sound Design by Morgan Tarrant, Costume Design by Jordan Brennan, and under the Stage Management of Liz Gonzalez.  The play is based on the novel, Israel Rank by Roy Horniman and features Book and Lyrics by Robert L. Freedman and Music and Lyrics by Steven Lutvak.

Come out to Music Mountain Theatre in Lambertville for A Gentleman’s Guide to Love and Murder, running from October 14 – October 30. Tickets are $25 for adults, $23 for students or seniors and are available online at www.musicmountaintheatre.org or by calling the box office at 609-397-3337.

In conjunction with the run of A Gentleman’s Guide to Love and Murder, Great Pumpkin plays for young Audiences on Saturdays at 11:00am and 1:00pm through the end of October. The show is an original, annual, interactive Halloween happening full of silly skits and spooky songs! Come in a costume for a treat!

The Theatre strives to provide a safe environment for all with rigorous cleaning procedures and, more recently, the installation of state-of-the-art air scrubbers to increase indoor air quality and reduce contaminants.