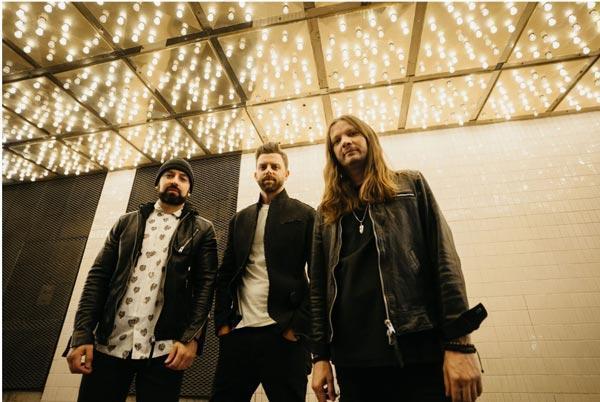 (ASBURY PARK, NJ) — The Higher, a band known for blending and blurring the genre-lines of pop-punk, R&B, and dance-pop, will play have shows on Friday, November 18 at The Saint in Asbury Park and Saturday, November 19 at Brooklyn Monarch. Both shows also include Little Hag, Ghost Club, and Bad Luck.

The Higher’s long awaited bona fide EP Elvis In Wonderland is available to stream globally via Secret Friends Music Group. Considered an ode to the band’s hometown roots of Las Vegas, Nevada  —  Elvis In Wonderland picks up where the band left off since their 2009 Epitaph Records studio release It’s Only Natural.

Produced by Mike Pepe (Taking Back Sunday, As It Is, Bayside, Anthony Green), the pop-rock project is composed of five ear-catchy tracks written and recorded entirely during the COVID-19 pandemic. “Free Ride,” the first single off of the Elvis In Wonderland EP, discusses lyrical themes of deception and manipulation over fresh pop-punk riffs, coupled with a music video that takes viewers on a literal free ride through the Vegas Strip. The title track “Elvis In Wonderland” follows the opening storyline established in “Free Ride,” with our Elvis impersonator desiring an escape from reality in Sin City against the backdrop of fast-paced guitar melodies and heart pounding drums.

The recently track “Are We High?,” out with a supporting visualizer, is a clear contrast from the band’s recent single releases. “Are We High?” is a dream-like ballad that touches on the feelings of falling in love with someone for the very first time.

Overall, the Elvis In Wonderland EP has a unified sound and concept that will surely satisfy long-time fans of The Higher, and will serve as a great introduction for new listeners.

“Really was a labor of love. Between COVID and juggling schedules, it’s pretty amazing we were able to get it done. Fortunately, we worked with some great people. Mike Pepe and Rafa Alverez were huge in getting this EP to the finish line. Super talented dudes. Reggie and I are grateful to Tom and Jay for helping during the writing process. When the 4 of us get together good things happen, and it’s no different with Elvis.” – Seth Trotter, lead vocalist of The Higher

After appearances at this year’s So What? Music Festival and Furnace Fest, The Higher is celebrating the Elvis In Wonderland EP release with an album release show at Las Vegas’ Rockstar Bar & Grill. Grab last-minute tickets to hear the new EP live for the very first time, alongside other fan favorites such as “Insurance” and “It’s Only Natural” via the band’s official website.

Tickets for the show at The Saint (601 Main Street, Asbury Park, NJ) are available for purchase online.

The Higher rode the wave of pop-rock stardom in the early 2000’s after sharing the stage with emo greats including Panic! At The Disco, Taking Back Sunday, Motion City Soundtrack, Silverstein, and more. Their unique brand of rock fused with a hint of groove landed their fan-favorite On Fire LP at a #9 spot on the Billboard Heatseekers Charts, on heavy rotation on multiple MTV channels, and on the radar of top tastemakers including SPIN, Kerrang!, Fuse, and others. Now the Epitaph Records alumni are taking everything they know from the major stages of their early days to shine brighter than ever for their 2022 comeback. Now that the band has shared their first release since 2009, the Elvis In Wonderland EP via Secret Friends Music Group, get ready for The Higher’s rebirth! The new tracks encompass their rejuvenated sound and fresh era fusing elements of dance pop, emo, and R&B with a pop-punk edge. With Seth Trotter on vocals, Reggie Ragan on guitar and vocals, and George Lind rounding out the lineup on drums, The Higher is prepared to soar once again.