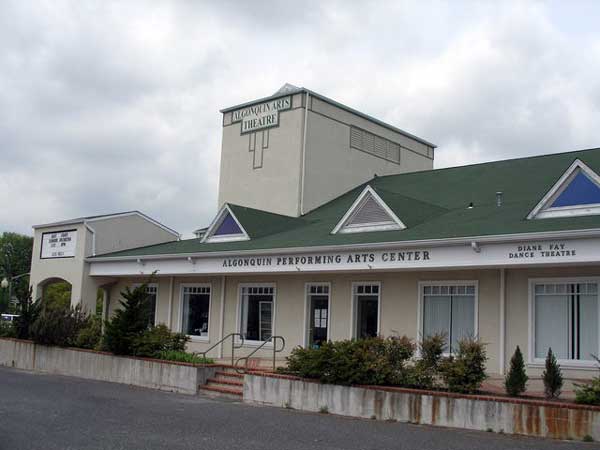 (MANASQUAN, NJ) — Algonquin Arts Theatre has announced a stellar lineup of concerts for their 2022-2023 season. “From jazz to orchestra, to folk and bluegrass, to tributes and opera, Algonquin’s new season has something for everyone,” stated Pamela Ward, Executive Director of Algonquin Arts Theatre. Highlights of the new concert schedule include a Jazz Series, an Orchestra Series, The Snakes, A Bluegrass Christmas along with tributes to Billy Joel, James Taylor, Linda Ronstadt, Neil Diamond and Frank Sinatra.

Tickets start at just $20 and may be purchased at www.algonquinarts.org, by calling 732-528-9211 or by visiting the Algonquin Arts Theatre box office Monday through Saturday, 10:00am-4:00pm located at 60 Abe Voorhees Drive, Manasquan, New Jersey.

August 28, 2022: Jazz Series – Dandy Wellington & his Band. Mr. Wellington epitomizes the undeniable cool of the Jazz Age. His appreciation for the swinging big bands, elegant parties, and beautifully tailored clothing of the 1920’s/30’s, paired with his contemporary edge, make him a certifiable renaissance man and a true modern dandy.

September 17, 2022: Special Events – Halfway to St. Patrick’s Day. Combining traditional instruments such as banjo, accordion and mandolin, with a foundation of guitar, bass and drums, The Snakes perform faithful renditions of classic folk songs. From the Dubliners to the Pogues… from the Clancy Brothers to the Clash, good times and good tunes are had by all.

October 29, 2022: Special Events – Decade: A Tribute To Neil Young. Playing the music of Neil Young has been a lifelong passion for lead vocalist and guitarist John Hathaway. For the last 30 years, John has been studiously learning the ins and outs of Neil’s guitar work. Perfecting the now famous and unique palm muting technique and one of a king lead work that are Neil’s trademarks has been a lifelong goal and the reason why this tribute is so different from many other Neil Young cover bands.

December 21, 2022: Local Music Spotlight – A Bluegrass Christmas. Enjoy an evening of heart-warming, authentic bluegrass music! Join Karen Phillips and local legends the Glimmer Grass Band as they collaborate musically to celebrate the reason for the season.

December 31, 2022: Special Events – David Clark’s Songs In The Attic, The Music of Billy Joel. This Billy Joel tribute is conceived and presented with a tremendous amount of detail by veteran singer/piano player David Clark. He’s gained notoriety with stunningly accurate piano playing, lead vocals, and an eerily similar stage look to the Piano Man himself.

ALGONQUIN ARTS THEATRE (AAT) is a 501c(3) non-profit center for performing arts, providing cultural enrichment and arts education for residents and visitors of Central New Jersey and the Jersey Shore through high quality performances and programs in theatre, music, dance and film.

Located in Manasquan, New Jersey, AAT is an integral part of the Shore region, offering broad access to arts experiences across multiple disciplines. Deeply committed to education, AAT serves students of all ages not only through art and music instruction, but also through the unique communal conversation that exists between audience member and performer. A journeyman house, AAT features the work of young and emerging artists, designers and directors working alongside seasoned professionals.

AAT provides a platform for local and regional performers to showcase their work and offers audiences the opportunity to engage very directly and personally in the arts, fostering greater participation and providing an engaging means for exploring personal and societal issues through the world of the stage.

Algonquin Arts Theatre’s programs are made possible in part by funds from the New Jersey State Council on the Arts / Department of State, a partner agency of the National Endowment for the Arts. Funding is also provided by Hackensack Meridian Health, the PNC Foundation, Manasquan Bank, Sunnyside Manor, the Dodge Foundation, the Provident Bank Foundation and the generosity of other businesses and our patrons.