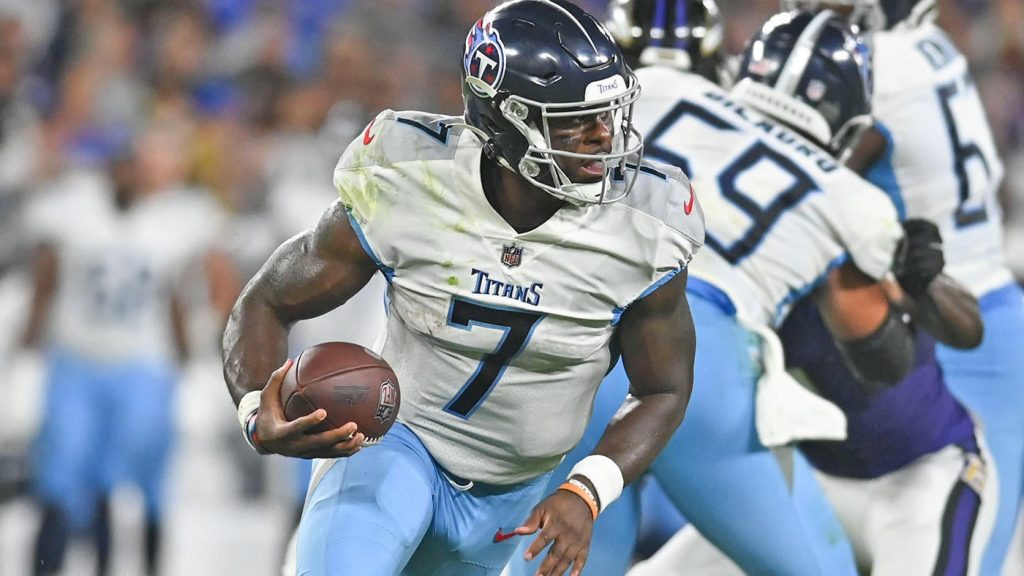 One of the strangest storylines of the preseason has been the Tom Brady saga in Tampa Bay. He was at the center of controversy with the Miami Dolphins and Las Vegas Raiders in regards to his post-Patriots courtship before heading to Tampa, and he took a mysterious two week leave of absence, which caused him to miss the majority of training camp and preseason under new head coach Todd Bowles. He’ll make his preseason debut in the Buccaneers’ final exhibition against Indianapolis, but will he make enough of an impact for NFL DFS lineups on Saturday?

Brady needs just 80 passing yards to get to 6,000 for his career in the preseason, but does that make him an attractive pick from the NFL DFS player pool? And which other players should you be targeting on Saturday evening? Before locking in any NFL DFS picks for Saturday, be sure to check out the NFL DFS advice, player rankings, stacks and top daily Fantasy football picks from SportsLine’s Jacob Gibbs.

Gibbs uses a data-driven approach that has helped him consistently provide accurate rankings at every position. He has proven to be one of the nation’s most accurate Fantasy rankers in recent years — posting the eighth-most accurate results over the past three seasons, according to Fantasy Pros.

Gibbs analyzes each incoming rookie class in detail and is familiar with the entirety of each NFL team’s offensive depth chart. He also closely monitored training camp reports this summer and has a good feel for which players are poised for a strong preseason performance. If there’s anybody who can give you an edge in preseason NFL DFS, it’s him.

Now, Gibbs has turned his attention to Saturday’s NFL DFS slate and locked in his top daily Fantasy football picks. You can only see them by heading to SportsLine.

For Week 3 NFL preseason games on Saturday (where every player is priced at $5,500 on DraftKings and $6,000 on FanDuel), one of Gibbs’ top picks is Titans quarterback Malik Willis. Although he has completed just 46% of his passes during the preseason, he has still been the most effective QB for Tennessee, and has 187 yards with a touchdown and no interceptions through his first two games. Willis also leads the team in rushing, with ten carries for 80 yards and a touchdown.

Fantasy players shouldn’t be surprised by his inefficiency, as he was known to be a raw prospect when the Titans selected him in the draft. He was a bit sharper in his debut against the Ravens than in his second start against the Buccaneers, but ups-and-downs are to be expected with the third-round pick. In two seasons as the starting quarterback at Liberty, he passed for 5,107 yards and 47 touchdowns.

Gibbs is also rostering Cleveland Browns running back Jerome Ford as one of his top NFL DFS picks for Saturday’s action. So far in the preseason, Ford leads the Browns in both rushing, with 88 yards and a touchdown as well as receiving yards, with 71 yards and another score.

Coming into Saturday, Ford had the seventh-most preseason rushing yards in the NFL, and will be looking for one more top performance. Another strong showing should all but guarantee that he’ll get picked up by some team if he doesn’t end up ousting one of the Browns backs. The Browns play Chicago on Saturday, who allowed Seattle running back DeeJay Dallas to finish as the top receiver for the Seahawks last week, with four catches for 52 yards. See who else to include on your NFL DFS lineups here.

How to set NFL DFS lineups for Saturday

White is also targeting a player who could go off for massive numbers on Saturday because of a dream matchup. This pick could be the difference between winning your tournaments and cash games or going home with nothing. You can only see who it is here.