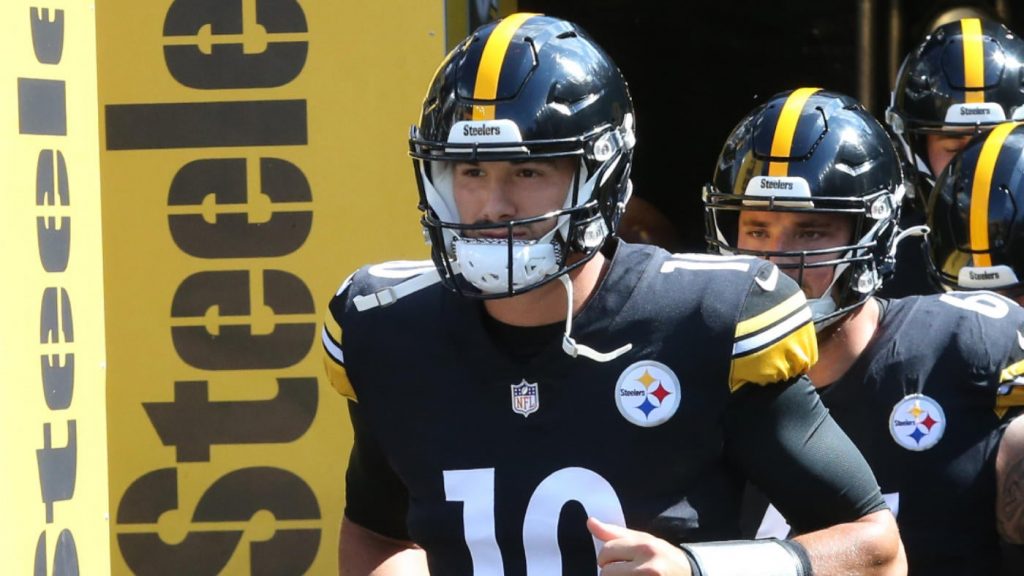 The 2022 NFL preseason is officially in the books. That means real football is just around the corner. Before rosters are finalized and Week 1 preparations begin, however, which players and teams took big strides forward (or backward) in Week 3 of the exhibition schedule? Here’s a look at some of the major winners and losers from the preseason finales:

Baker Mayfield was already locked into the Panthers’ top quarterback job, but he looked sharp on his 15 throws, putting zip on the ball and guiding a few scoring drives. He also won’t need to worry about Sam Darnold looming in the background for the time being, after the latter suffered a high-ankle sprain on his own touchdown run. Meanwhile, in Pittsburgh, Mitch Trubisky showed steady touch behind an iffy line while starting against the Lions, likely keeping him just ahead of rookie Kenny Pickett in the race to QB1 duties. And Geno Smith’s solid, if unspectacular, showing for Seattle earned him the Seahawks’ job.

Speaking of QB competitions, the ex-Broncos gunslinger basically threw himself out of a job during Seattle’s tight loss to the Cowboys. His arm was active, to be sure, but at least two of his three picks were head-scratchers, and Geno Smith once again proved more reliable, if unexciting, hence Pete Carroll crowning the former Jets starter his guy for Week 1.

Who doesn’t love a young QB with legs? The Titans got more predictable but chain-moving juice from Malik Willis, who again overshadowed unpolished passing with big runs, including a 50-yard scramble for a near-score against the Cardinals. The Commanders let Sam Howell handle all the QB work against the Ravens, and his grit made him the team’s leading rusher. Baltimore, in the same game, saw undrafted Anthony Brown Jr. fill the highlight reel with his athleticism, perhaps securing a spot as the No. 3 behind fellow dual threats Lamar Jackson and Tyler Huntley.

They’ve been losing all offseason, to be frank, so their flop against the Raiders in a 23-6 loss wasn’t necessarily a surprise. Then again, Las Vegas was mostly deploying backups, so there is real cause for concern here. Mac Jones threw a bad pick, and the unit just could not get into a rhythm. Maybe don’t have old defensive and special teams coaches develop your QB!

Specifically, Dameon Pierce and Treylon Burks, who could have Week 1 starting roles for the Texans and Titans, respectively. Pierce averaged over six yards per carry as the most consistently explosive man in a crowded Houston backfield against the 49ers, while Burks got in the end zone after returning from an in-game injury against Arizona. The latter is probably more important to his team overall, but both youngsters could make or break their teams’ offenses.

Not because they’re porous like the Steelers’ transitioning unit, but because rookie left tackle Trevor Penning, specifically drafted to replace veteran Terron Armstead, went down with a bad injury that’ll require surgery and keep him out indefinitely. Now there’s even more pressure on Jameis Winston to stay upright as he recovers from his own injury.

If you’re gonna request a trade days before final cuts, entering your third season as an overlooked former second-rounder, you’d at least better show up in the preseason. He did, hauling in 102 yards and a big score on seven catches against the Giants. Now it’s up to Jets brass to determine whether he actually belongs on the roster, with a real role, out wide.