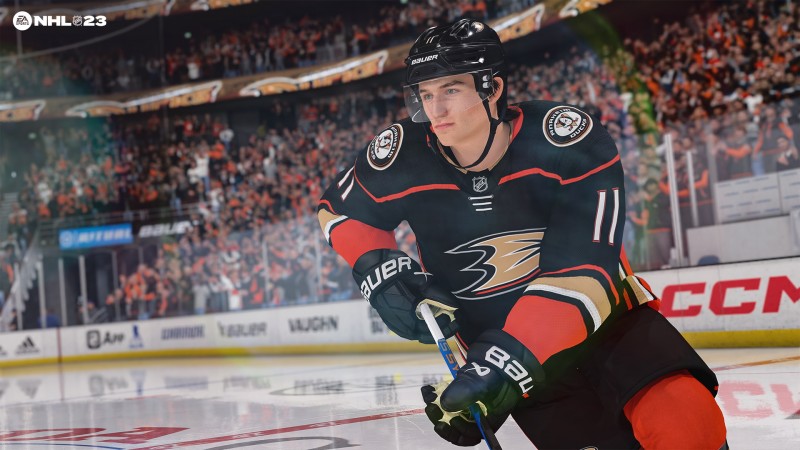 Each year, every NHL team strives to put the best squad it can on the ice. Sometimes, that means a full offseason overhaul. In other years, that means fine-tuning some lesser areas of an already solid team. NHL 22 was a good-looking game, but the gameplay felt long in the tooth and in need of changes. While NHL 23 doesn’t rebuild the gameplay from the ground up, it does offer several features, tweaks, and enhancements in hopes of being better than the last iteration.

NHL 23 represents the series’ second entry using EA’s Frostbite engine. As such, various refinements come online as the development team further familiarizes itself with the proprietary engine. EA Vancouver is also implementing several gameplay tweaks, including last-chance puck movement. This adds hundreds of new stumble animations triggered through any level of contact, plus additional plays that can turn any loose puck into either goal-scoring or goal-clearing plays. However, scoring won’t be easy, as goalies benefit from improved A.I. and more than 350 new save animations. Teams also have better power play and penalty kill strategies, with enhanced roles for specific players in the formations.

Franchise players rejoice, as NHL 23 implements many options for Custom Franchise mode, which should partner well with the custom roster options from NHL 22. Here, NHL 23 lets players create a Franchise experience catered more precisely to what they’re looking for. Players can choose the number of teams ranging from 6 to 48 squads and have complete control of the teams, conferences, divisions, salary caps, dynamic schedules, and formats for the regular season and playoffs.

NHL 22 took a page out of the Madden playbook and introduced Superstar X-Factor abilities for the league’s top players. NHL 23 doubles down on X-Factors, adding some new abilities while updating others. For example, the Truculence ability now makes A.I. players more aggressive when going for hits, while the all-new Relentless X-Factor plays into the puck-movement enhancements by improving a player’s ability to perform off-balance or desperation plays on the puck. 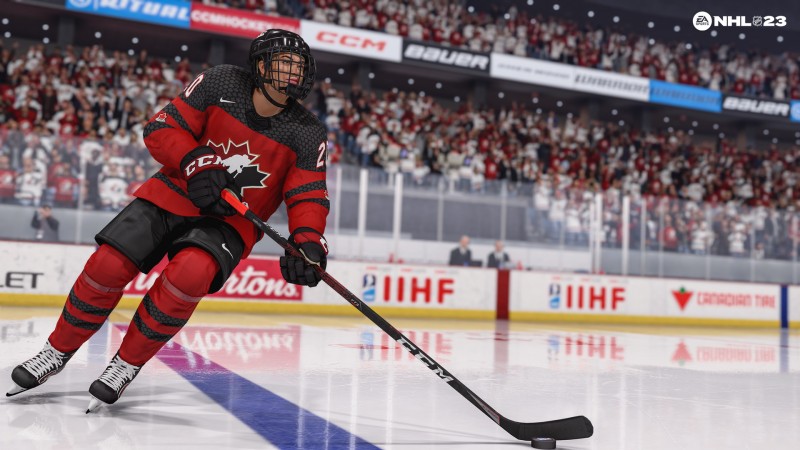 NHL 23 builds off the strides NHL 22 made in the world of women’s hockey by including IIHF women’s national team integration in Hockey Ultimate Team, making it the first Ultimate Team mode to include the women’s license. On top of that, Canadian national team member Sarah Nurse joins Anaheim Ducks’ Trevor Zegras on the cover of this year’s game.

In another instance of taking ­further inspiration from the Madden franchise, NHL 23 emphasizes the atmosphere within the arena. Crowds are now more aware, reacting to momentum shifts, the score, time remaining, and blown power plays. Arenas also feature better light shows and on-ice projections. The presentation better captures the energy from big-win moments; you’ll know the difference between a blowout win and a walk-off goal in overtime. This goes hand-in-hand with improved player models and faces and better degradation of the ice and boards throughout the game.

Finally, cross-platform play is coming to NHL 23. Now, players can compete in EA Sports Hockey League and Hockey Ultimate Team against players from different consoles. This shift spells a bigger player pool, leading to shorter matchmaking wait times and better-quality matches. The only catch is this feature isn’t cross-generational, meaning PlayStation 5 players can compete against Xbox Series X/S players, but not Xbox One players, and vice-versa. 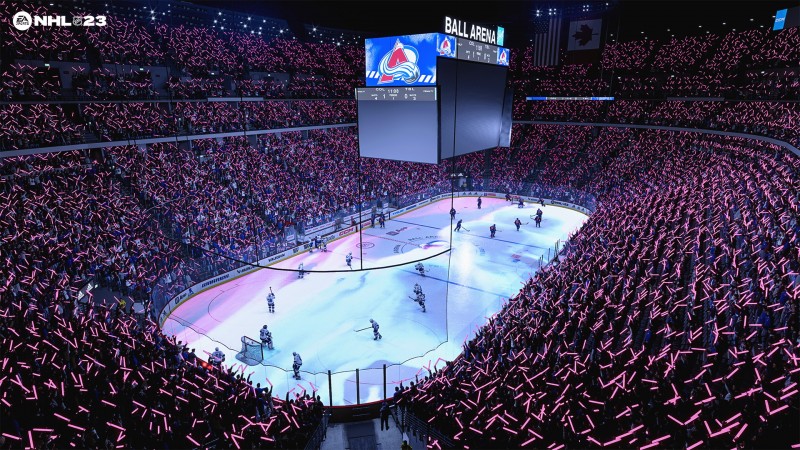 NHL 23 brings several requested improvements and additions to the table while tuning the gameplay in numerous ways. Hopefully, these changes add up to something greater than the sum of their parts and prevent it from being another mediocre entry in EA Sports’ hockey franchise.