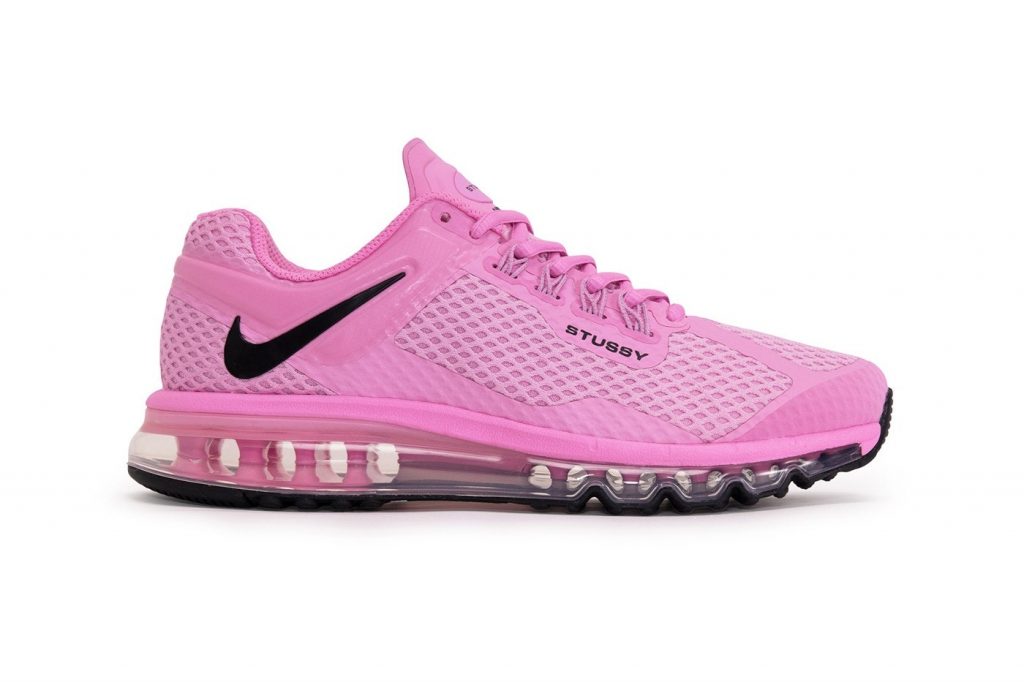 Nike is famously headquartered just outside of Portland, a city famous for its gloomy weather. A little further south is California—nicknamed, of course, the Golden State. So it feels fitting that the Swoosh has cooked up not one but two California collaborations to help close out summer. Nike is teaming up with the longstanding Laguna Beach-based label Stüssy and the beloved boutique Union Los Angeles, with a mix of Nike gear given the good old Cali treatment.

Stüssy set its sights on a rework of a classic, under-the-radar silhouette: the Air Max 2013. The brand specializes at taking unexpected, performance-minded sneakers and elevating them into sought-after shoes: we’ve seen obscure styles like the Air Zoom Spiridon Caged 2 and the Air Zoom Kukini get the Stüssy co-sign and sell out in a flash. However, these reworked Air Max kicks read as toned down compared to the previously released beautiful-ugly runners.

The sneakers are primarily tonal—offered in black, fossil, and pink—except for a few contrasting accents here and there. The result is a highly wearable design with just the right amount of Stüssy flash. In addition to the sneakers, there is a small collection of co-branded clothes: loose-fit sweatpants, crewnecks, tees, hats, and more—all in colors to match the kicks. (If you ever wanted to buy a pink Nike x Stüssy sweatsuit, now is your chance.)

For the Union collab, the Nike Cortez gets reimagined in celebration of the shoe’s 50th anniversary. A delightful, colorful hodgepodge of woven textiles and suede overlays come together for two sneakers that are certain to turn some heads. Union owner Chris Gibbs has proven his boutique can be a significant player within the Nike Extended Universe. A Union-designed sneaker is always funky and often eccentric—and always covetable. (The Union Jordan 1 is in the upper echelon of recent releases; it still commands over $1,800 on the secondary market.)

Neither Stüssy nor Union are strangers to Nike collaborations. It’s just rare that a single month will bring projects from both. Plus, streetwear diehards will remember that back in the day, both labels shared a space known as The Stüssy Union. The Stüssy collab is set to drop on August 5, while Union’s will release on August 10. If there was ever a time for the Swoosh to tap their Californian friends, summer is undoubtedly it. And adding any of these sneakers to your rotation is one stylishly sunny way to brighten up the rest of your summer.