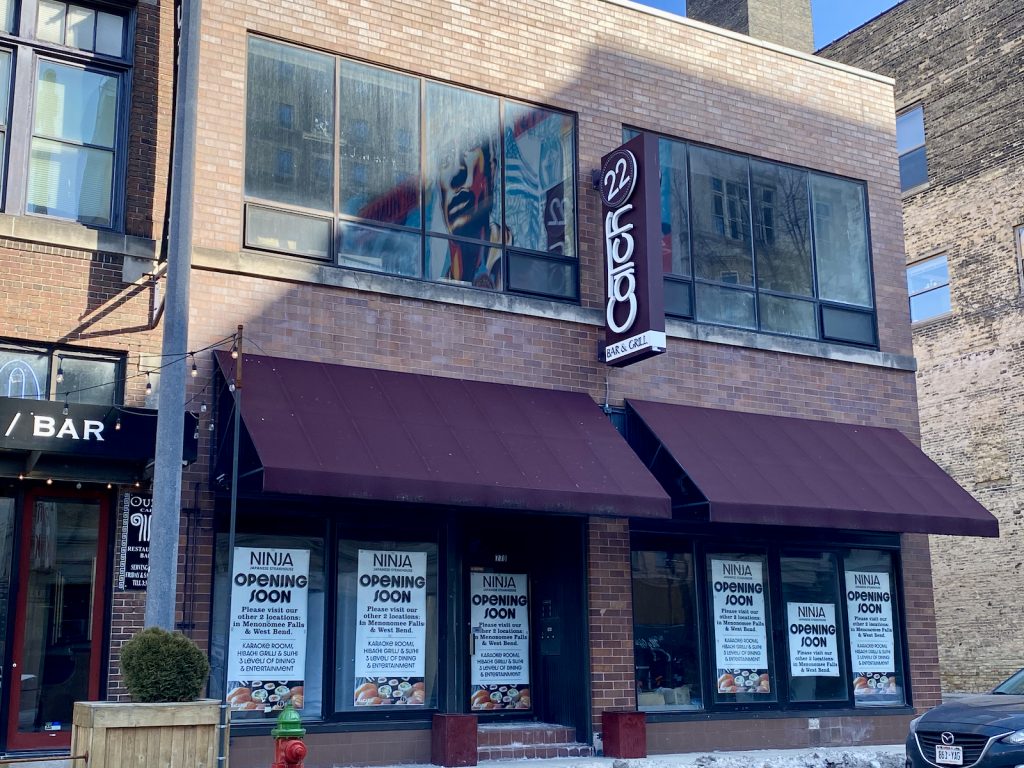 It’s been two years since Li Chai Chen purchased the building at 770 N. Milwaukee St. with the goal of transforming the former Catch 22 Bar & Grill (which closed in 2015) into Ninja Japanese Steakhouse.

After multiple delays – many a result of the pandemic – the steakhouse is closer to setting an opening date. In fact, if all goes well, Chen says he hopes to open the new bar and eatery by mid-January.

The Ninja Japanese Steakhouse in Milwaukee will mark the third location for Chen, who also owns and operates the locations in West Bend and Menomonee falls. But it will also be the largest location of the three.

“We are excited to open this location,” says Chen. “So many of our customers come to us from Milwaukee. So we decided to bring the experience to them.”

Chen says the work is nearly complete on the building, which will feature three distinctive floors of dining and entertainment, along with a newly renovated elevator to transport guests to their destinations.

The first floor will house a sushi bar, a standard bar and a private dining area where guests can enjoy offerings from both the sushi bar or hibachi offerings. The second floor will feature four teppanyaki grilling stations, with seating for customers who wish to watch their entrees prepared “hibachi-style”. The second floor will also house two private hibachi dining areas to accommodate corporate and private events.

Meanwhile, the basement of the building has been transformed into a bar with slot machines and seven private karaoke rooms, which will be open daily after 4:30 p.m.

The menu at Ninja Milwaukee will be similar to that served at the other locations offering a full sushi bar with sushi, sashimi, hand rolls and maki, including a variety of signature rolls as well as specials like uni (sea urchin) and fatty tuna.

Hibachi offerings will include chicken, steak, salmon, swordfish, lobster and filet mignon along with a variety of accompaniments including noodles or rice, soup, salad and vegetables. There will also be lunch specials featuring sushi, hibachi, teriyaki or bento box options.

Ninja Japanese Steakhouse will be open for both lunch and dinner with karaoke available after 4:30 p.m..