Nintendo issued an update on the company’s corporate social responsibility (CSR) initiatives yesterday, and while this is normally a pretty stale kind of thing to read through as a fan, this particular publication had one thing that stood out.

As spotted by Go Nintendo, in a section called Introduction of a Partnership System, Nintendo announces that as of March 2021 the company has had a policy whereby “same-sex partners” can enjoy the “same benefits as employees in an opposite-sex marriage”.

That’s a big deal! While there have been attempts at both a national and municipal level in recent years to change this, it was only a few weeks ago that Japanese courts upheld a national ban on same-sex marriages, ruling them unconstitutional. In a case held in Osaka, and decided on June 20, it was found that “under the constitution the definition of marriage did not extend to partnerships between people of the same gender”.

Nintendo’s “Partnership System” does everything it can to work around this though, as it states (emphasis mine):

At Nintendo Co., Ltd. (Japan), we want to create a work environment that supports and empowers each and every one of our unique employees.

We introduced the Partnership System in March 2021 as one initiative based on this philosophy. Although same-sex marriages are not currently recognized under Japanese law, this system ensures employees who are in a domestic partnership with a same-sex partner have the same benefits as employees in an opposite-sex marriage. We have also established that a common-law marriage between couples will be observed in the same way as a legal marriage.

Alongside the introduction of the Partnership System in Japan, we notified our employees about the issue of gender diversity with a message from our President as a means of raising awareness of what diversity means. In this message, the President called for all employees to adopt a renewed understanding that even speech and actions, which are not intended to harm, can cause significant emotional pain, asking for understanding and support to create an environment in which everyone can work comfortably.

By improving our company systems and conducting training, we will continue our work to create an environment where each of our many diverse employees can fully realize their talents. 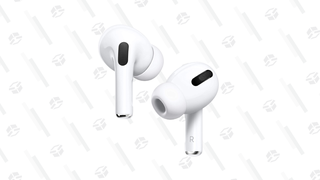 Save 32% during prime day

Transparently awesome
These earbuds have active noise cancellation, transparency mode to let in outside sound as needed, and active EQ to ensure you get the best out of your audio.

Japan is the only member of the G7 to not legally recognise same-sex marriage. The country “also requires transgender people to be surgically sterilized if they want legal recognition of their gender identity” (Nintendo, meanwhile, says above that they “do not discriminate based on…gender identity”).