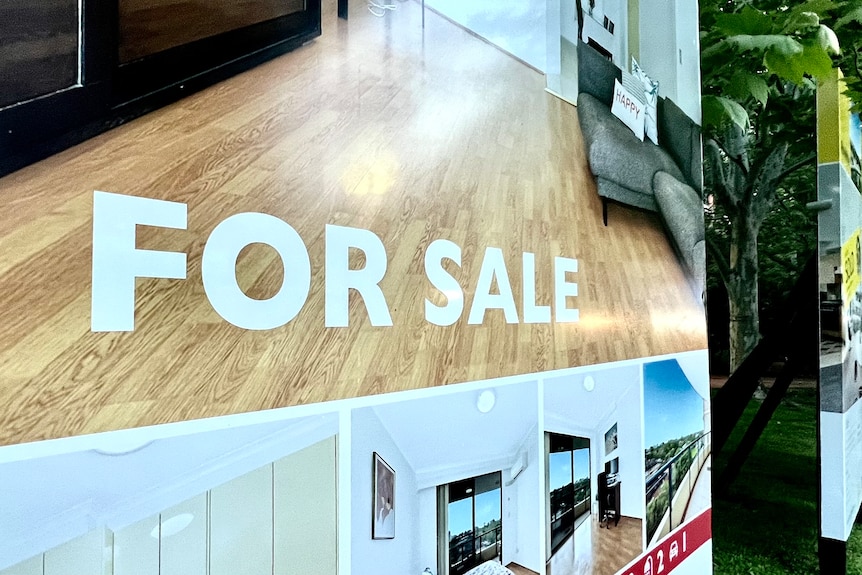 Politics can lay waste to the best of intentions and grandest of ambitions. Nowhere is this better illustrated at the moment than in New South Wales.

Incumbent Premier Dominic Perrottet has been something of a land tax zealot for many years, throughout his time as treasurer and when elevated to his current role.

It’s dangerous political territory to be seen as pro-tax, especially when that tax is on the family home.

Perhaps that’s why, with an election looming large just months away, his government bottled it on land tax reform.

Rather than Perrottet’s original grand designs of transitioning New South Wales away from stamp duty and onto land tax, his government passed a “reform” that retains the worst element of stamp duty with the biggest risk of a move away from it.

The government’s scheme, which took effect last week, allows first home buyers who purchase properties worth up to $1.5 million to either pay the existing stamp duty up-front or opt for an annual land tax for as long as they own the home.

It’s a potential gain for first home buyers, who can now opt out of the two or more years of saving typically needed just to gather the roughly $40,000 stamp duty on a million-dollar home.

And, in theory, most may also end up saving money.

Relatively few first home buyers end up living in their property for more than a decade, and 10 years of land tax on a million-dollar home where half the value is the land will likely be a tad over $22,000, or close to half the cost of stamp duty.

If that million-dollar home was an apartment, the savings would be much bigger still because, unlike stamp duty, the land tax is levied only on the land value, not including anything built on it. With apartments, the land value is split among many individual units.

The potential savings grow further when you factor in the effects of inflation on the real value of money over time, and the interest savings the home buyer can make by not having to effectively borrow their stamp duty from the bank.

As economist Cameron Murray argues, taxes like stamp duty are “economically incident on the seller” even when the buyer is the one actually paying them.

Here’s how he explains it:

“Homebuyers are paying the maximum they are willing.

“Whether that payment is directed to home sellers, or the government via stamp duty or land value taxes, has no effect on the underlying property market dynamics of rationing via prices and the costs buyers will need to pay.”

In other words, if home buyers don’t have to pay stamp duty up-front, they can put that money towards bidding more for their preferred property.

Rather than benefiting first home buyers, Murray argues this type of scheme is likely to further enrich existing owners.

But if the government’s scheme carries this risk, the Labor opposition’s proposal is all but guaranteed to raise prices.

It plans to raise the current first home buyer stamp duty exemption threshold — instead of being able to buy a home worth up to $650,000 stamp duty free, that limit would be raised to $800,000, with a stamp duty concession for homes worth up to $1 million.

The reason this may push up prices even more is that it comes with no ongoing tax obligation. At least with the government’s scheme first home buyers, and their lenders, will need to factor in the ongoing land tax payments, reducing somewhat how much they can borrow and pay.

However, the most economically infuriating aspect of the NSW government’s “First Home Buyer Choice” policy, as it’s been branded, is inherent in its name — it only applies to first home buyers.

When those owners sell their first home, they do not get the choice of remaining on a land tax regime. They will have to pay stamp duty on their second and any subsequent home purchases.

The majority of people, who already own a home, likewise get no choice at all.

This negates the single biggest economic benefit that would come from abolishing stamp duty in favour of land tax, which is to decrease the costs of transacting property, enabling it to be put to its most efficient use.

The Henry Tax Review concluded that stamp duty doubled the cost of moving house in Sydney, Melbourne and Canberra. Put another way, it was an effective 100 per cent tax rate on relocating, with substantial imposts across the rest of the nation.

As property values have soared, it is likely the effective tax rate of stamp duty on moving has risen further still.

The real-world effects of this are manifold.

It’s another reason for older Australians not to downsize once their children have left home, locking up larger family-friendly housing stock for longer.

On the flip side, it provides incentives for those with growing families to add extensions to their homes rather than move to a more suitable existing property.

Sydneysiders would be looking at a minimum of $50,000 and, in many cases, more than $100,000 in stamp duty to move to a bigger family home — that goes quite a long way towards paying for an extension, especially when that also increases the capital value of your house.

So, gradually over time, we end up with a preponderance of large, over-capitalised houses and less diversity in the housing stock.

Stamp duty means people are more likely to stay in their current homes, even if their working location has changed, resulting in longer commutes.

It may even cause some people to turn down job opportunities that are too far afield, reducing the optimal allocation of skills across the economy.

It also probably results in more homes being rented out rather than sold when people do decide to move to a different town, city or state for work.

Why pay tens of thousands in stamp duty when you can rent out your existing home, potentially negatively gear to reduce your income tax bill, and just rent in your new location? Especially true if you’re unsure how long you will stay.

Economist Cameron Murray disputes these conclusions, pointing out that investors are far more likely to transact in any given year than owner-occupiers.

“While stamp duties are often claimed to be economically costly because they deter households relocating, their main effect is actually reducing investor churn, which is a good thing for property market stability,” he argues.

Another way to look at it, though, is that every time an investor sells it’s a potential opportunity for an owner-occupier to buy that home.

Discouraging investors from selling thus may keep more rental houses in the market, but also keep more tenants locked into renting, particularly when the taxpayer continues to subsidise rental losses through negative gearing.

The weight of expert opinion is firmly in favour of switching from stamp duty to land tax.

“It’s just a bad tax … Best just to get on and do it,” former treasury secretary Ken Henry said in more recent years, a sentiment backed by his successor Martin Parkinson.

Very few economists disagree with them.

The NSW government has argued the initial revenue losses associated with a broader move away from land tax — which are estimated as $11 billion over the first four years before gradually shrinking over time — mean federal government funding is needed to support a complete transition.

Yet the ACT has found a path to phase out stamp duty for land tax without outside support, albeit a long and winding route that will take two decades.

The NSW government’s policy isn’t even a baby step down that road and state Labor’s blanket opposition to any land tax is a U-turn down an economic cul-de-sac.