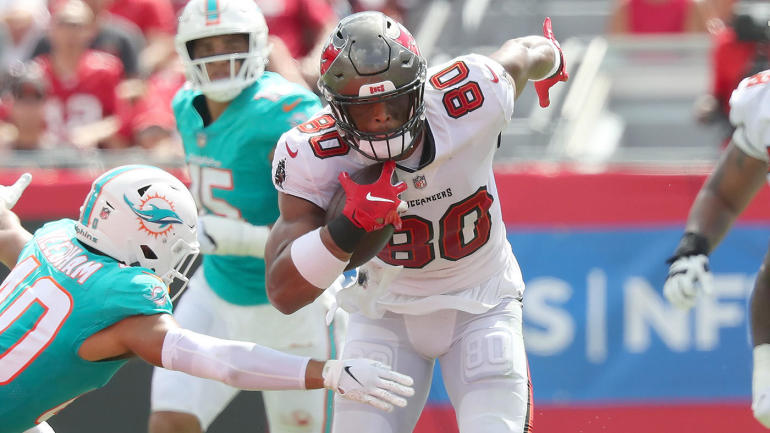 O.J. Howard has had a whirlwind of a week. He was released by the Buffalo Bills on Tuesday as Buffalo whittled its roster down to 53 players. Howard was reportedly set to join the Bengals before the defending AFC champions added several other tight ends to their practice squad on Wednesday. Howard’s busy week culminated on Thursday as he will sign with the Texans after visiting Houston earlier in the day, according to Pro Football Network.

Howard, 27, quickly received attention on the open market after being waived by Buffalo. The 19th overall pick in the 2017 NFL Draft, Howard caught 119 passes and 15 touchdowns during his five seasons with the Buccaneers. He averaged 14.6 yards per catch in Tampa while helping the Buccaneers capture the franchise’s second Super Bowl title in 2020.

While a torn Achilles prevented him from being an active participant during Tampa Bay’s Super Bowl run, Howard returned to appear in 17 games last season. He made nine starts while playing alongside fellow tight end Rob Gronkowski, who retired for a second time this past offseason.