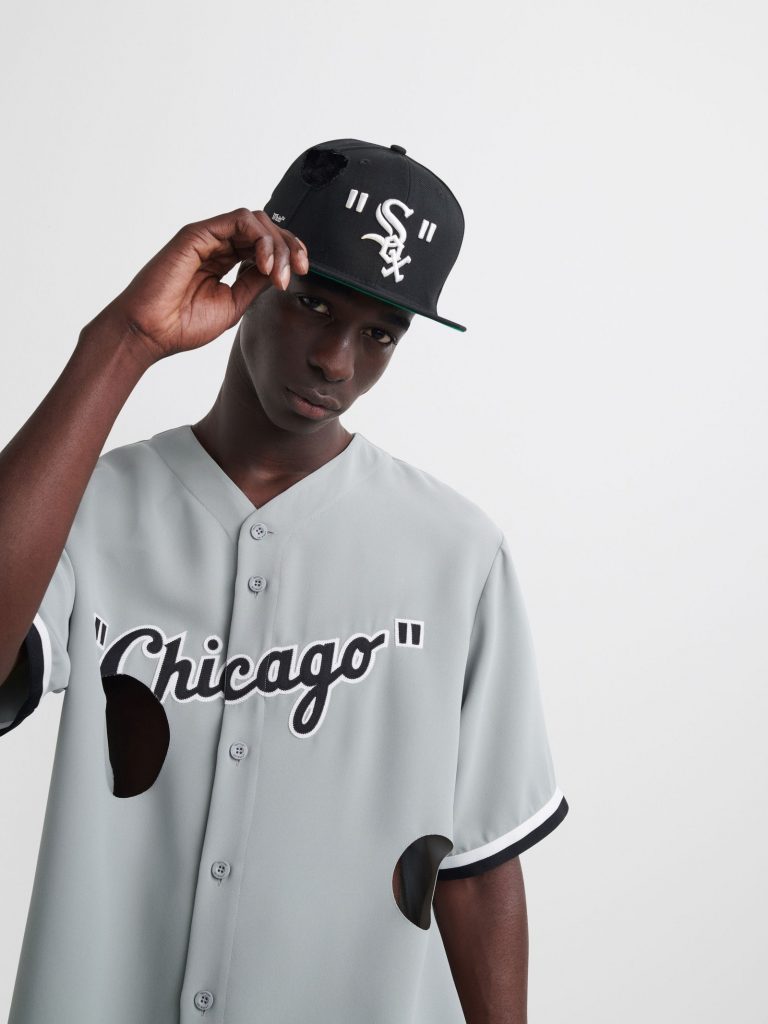 Presenting said evidence to the court of public opinion, i.e. Twitter, Lee pointed out the eye-bulging price of each hole-filled item. The cap, with a big ole crescent-moon bite taken out of the brim, is $260. T-shirt, $355. Hoodie, $630. Jersey, $1,030. (For reference, a standard replica baseball jersey goes for around $135 on the MLB webstore.) Up for sale now on Off-White’s website, the capsule comes in different design variations for six different MLB franchises: the Chicago Cubs, Chicago White Sox, Los Angeles Dodgers, Miami Marlins, Oakland Athletics, and Toronto Blue Jays.

As baseball writer Mike Petriello replied, “I do not understand a single word of this, but I’m also pretty sure this isn’t for me.”

It may very well be that the Venn diagram of fans of Major League Baseball—which is, frankly, a sport that has only recently begun to dip a toe into out-there fashion—and people who are willing to shell out four figures for a garment intentionally riddled with holes is just…two distinct circles. (Or, if you’re a fan of Louis Sachar’s seminal young adult novel Holes, maybe you’ll be keen on the “Air Yelnats.”) But whether you’re new to the Off-White universe or deeply familiar with it, here’s a bit of context.

Round cut-outs are a running motif for Abloh, a design element he termed “meteor” holes when he introduced them in his spring 2020 womenswear collection, featuring tees and opera gloves bore through with holes—like the craters a meteor shower might imprint on whatever patch of earth was unfortunate to fall beneath one. The holes appeared again in his menswear collection that fall; in 2019, Off-White introduced a handbag full of meteor holes, which the brand explicitly deemed “unfunctional.”