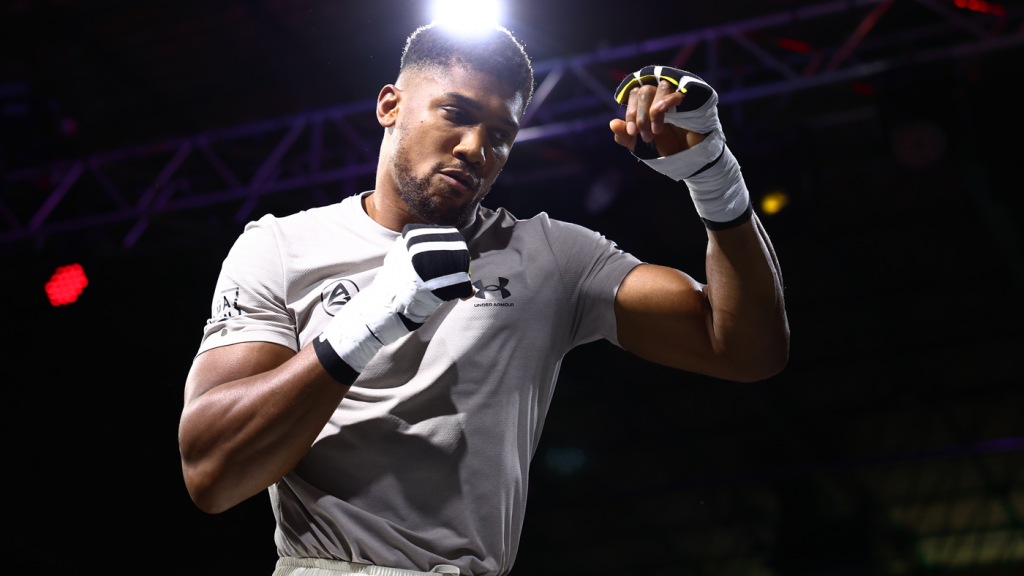 Oleksandr Usyk completely shifted the heavyweight landscape nearly one year ago with an impressive win over Anthony Joshua to capture the WBO, IBF and WBA world titles. It was a brilliant tactical performance that proved Usyk as one of the elite talents of his era as the former undisputed cruiserweight champion baffled Joshua, who is one of the great heavyweights of his generation. Now, as the two prepare to rematch on Saturday night, boxing fans are left to wonder if there’s any adjustment Joshua can make to become world champion for the third time in his career.

Joshua is the bigger man and the naturally more powerful puncher. That didn’t matter in the first meeting, with Usyk completely disrupting Joshua’s timing and causing Joshua to be hesitant in letting his own punches go. As Joshua waited to pull the trigger, Usyk was able to work his way to the inside and land several hard left hands from his southpaw stance, at times clearly hurting Joshua and also causing significant swelling around his right eye.

Joshua, who changed trainers from Robert McCracken to Robert Garcia ahead of the rematch, has admitted that he has an issue with facing southpaws.

“I need adjustments to deal with a southpaw because to me these lefties are a nightmare,” Joshua told Daily Mail. “I swear that if Oleksandr wasn’t a lefty I would have smoked him, 100%.”

Of course, Usyk is a southpaw, so the idea of “if he wasn’t” carries little importance. Whether Garcia, who is an expert at game planning for big fights, can craft a strategy to neutralize Usyk’s big left hands — and then whether Joshua can execute on that plan — will be one of the biggest keys to Joshua’s chances of scoring the mild upset in Saudi Arabia.

Joshua also faced a large amount of criticism for attempting to box tactically with Usyk instead of looking for the knockout. That approach allowed Usyk to use slick defense and beat Joshua to the punch throughout the fight.

Joshua’s best stretches actually came in the middle rounds as Usyk faded slightly and Joshua was able to touch him more often, but the lack of power he put behind the shots in those stretches never put Usyk in any danger.

Coming into the rematch, Joshua has constantly talked up that he intends to go for the knockout. And Garcia is a trainer who specializes in aggression and pressure. Some legends, like Evander Holyfield, have backed the idea that Joshua cannot win unless he can successfully apply aggression.

“It may not be as simple as being more aggressive, but if they don’t do that, the chances are it ain’t going to happen for him,” Holyfield said in an interview with Boxing Scene. “There are two fights, there’s a little man’s fight and a big man’s fight and so which fight they fight will determine who wins.”

Still, there are some experts and former world champions who are suggesting that Joshua needs to apply any increase in aggression in very tactical ways or he’ll run into a host of issues from a fighter of Usyk’s quality.

“Usyk is not the type of guy that will let you do what you want to do,” former world champion Carl Froch told Daily Mail. “Everyone is saying AJ has to use his height and his reach. He has to push forward etc., but by being more aggressive he is at risk of a counter punch. Especially against Usyk who has so much talent. AJ could just be walking into sharks. Joshua has to be educated. He can’t go full steam ahead — bull in a china shop mentality like Joe Joyce.”

The question now becomes whether Joshua can flip the switch the other way. Boxing with Usyk did not work out the first time around. Will the addition of Garcia be enough for Joshua to effectively apply aggression, utilize his reach advantage and maybe even get a little bit dirty in the clinch?

We’ve seen Joshua bounce back from a bad loss once before. After suffering an all-time shocking upset knockout loss to Andy Ruiz in their first meeting, Joshua entered the rematch more disciplined and calmly boxed his way to a wide decision win.

Ruiz spoke to Boxing Scene about the fight between Joshua and Usyk, and while praising Joshua’s choice to link up with Garcia and acquire some “Mexican aggression,” he sees the task of making the right adjustments as possibly too tall a task for Joshua.

“If Usyk doesn’t do the same thing that I did, then he’s going to win the fight,” Ruiz said. “I had all of the tools to beat Anthony Joshua, but things happened so fast. I was here, I was over there, and I didn’t focus on what I was supposed to do. But Usyk is different. He’s ready. He’s more disciplined.