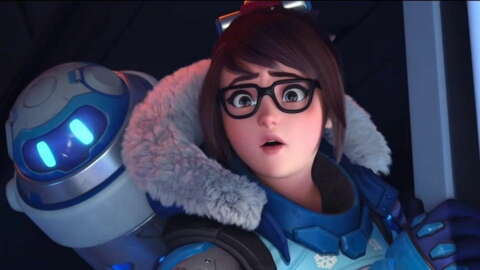 Blizzard has announced it is temporarily disabling Mei from Overwatch 2 following reports of bugs associated with her Ice Wall ability. According to the statement, these bugs have allowed players to reach unintended locations. The team is currently working to address the issues and aims to have the Arctic explorer back in play on November 15.

[#OW2] We are temporarily disabling Mei to address a bug with her Ice Wall ability that allows heroes to reach unintended locations. We are working to address these issues as quickly as possible and aim to bring Mei back in our next upcoming patch which is set for November 15. pic.twitter.com/dHP65pMCsX

In addition to pushing characters to out-of-bounds areas, some players have reported issues with Mei’s Ice Wall failing to block attacks or lift team members. In a clip shared by Twitter user stefayylmao1, running into Mei’s Ice Wall causes Kiriko to enter an undetected area where she can exploit being unable to be hit while taking out enemies.

Mei is not the first character to be pulled from Overwatch 2. Earlier this month, both Torbjorn and Bastion were pulled from the game after players reported bugs with their abilities as well. The pair were reintroduced to the game on October 25, along with the Junkertown map. Blizzard’s estimated downtime for Mei falls right in line with Torbjorn and Bastion’s removal period, giving us a good first look at how bug fixes and other changes will be implemented in the newly released live service title.

In GameSpot’s review of Overwatch 2, we wrote, “Overwatch 2 feels like a fantastic update to a multiplayer game with mechanics that enable thrilling skirmishes between teams of heroes. However, as a separate entity and sequel, it stumbles. Changes to the core gameplay are steps in the right direction, but it is surrounded by new points of friction where there previously were none.”