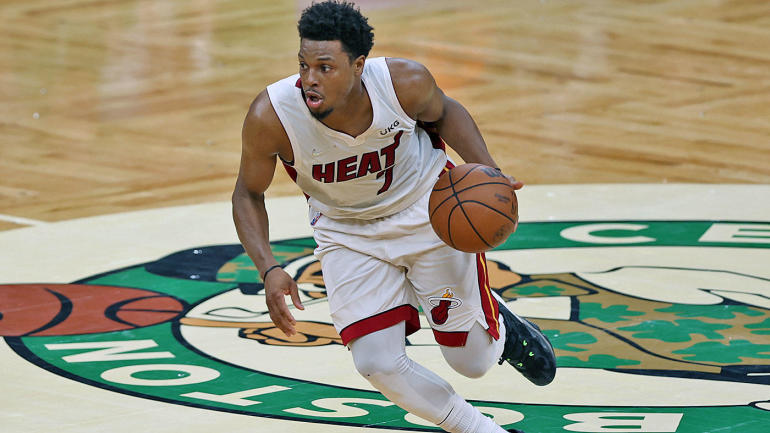 The Miami Heat are notorious even by NBA standards for their dedication to conditioning. Players routinely have their body fat percentage checked, and players regularly join the Heat and go on to play the best basketball of their careers in large part because of Miami’s emphasis on staying in shape. This has been a central tenet of Miami’s organizational philosophy since Pat Riley arrived nearly three decades ago. It isn’t changing anytime soon.

Yet one of their key veterans represents a rare case of a player who has done just fine despite playing at a heavier weight than the Heat would prefer. Kyle Lowry is a master of using his mass to his advantage. He can hold up defensively against bigger assignments because he has such a low center of gravity and he is simply so hard to move in part because of his weight. He’s infamous for using his butt as a weapon on both sides of the ball, and after making six All-Star teams and winning a championship in Toronto, it’s hard to argue too much with his approach.

Yet at his season-ending press conference, Riley was adamant that Lowry would “have to address” his conditioning issues going into next season.

“The bottom line with me and for me as far as hoping you can get the most out of a player … is that you have to be in world class shape, you just have to be,” Riley said.

Lowry, who just finished the first year of a three-year deal, had a difficult season for a variety of reasons. He missed time because of personal issues. He hurt his hamstring early in the playoffs and never fully recovered. But he ultimately managed to make it back in time to start for the Heat in their last five games of the Eastern Conference finals. At points, he was one of their few players capable of contributing on both ends of the floor. That he was able to do so at all at the age of 36 was genuinely impressive.

Might Lowry have recovered faster if he was in better shape? Perhaps. But asking Lowry to lose weight, especially this late in his career, risks taking away part of what makes him so special in the first place. While Miami’s philosophy is beneficial to the overwhelming majority of its players, Lowry might be an exception because of his specific strengths. He’s already made it to his late 30s as a highly effective player. There’s no telling how significant changes might affect him moving forward.

Ultimately there needs to be a balance here. Miami needs to find a way to get Lowry conditioned without sacrificing the unique physical proportions that helped turn him into such a valuable player in the first place. Riley might not be used to bending the rules, but in Lowry’s case, doing so is probably the wisest possible approach for all parties involved.