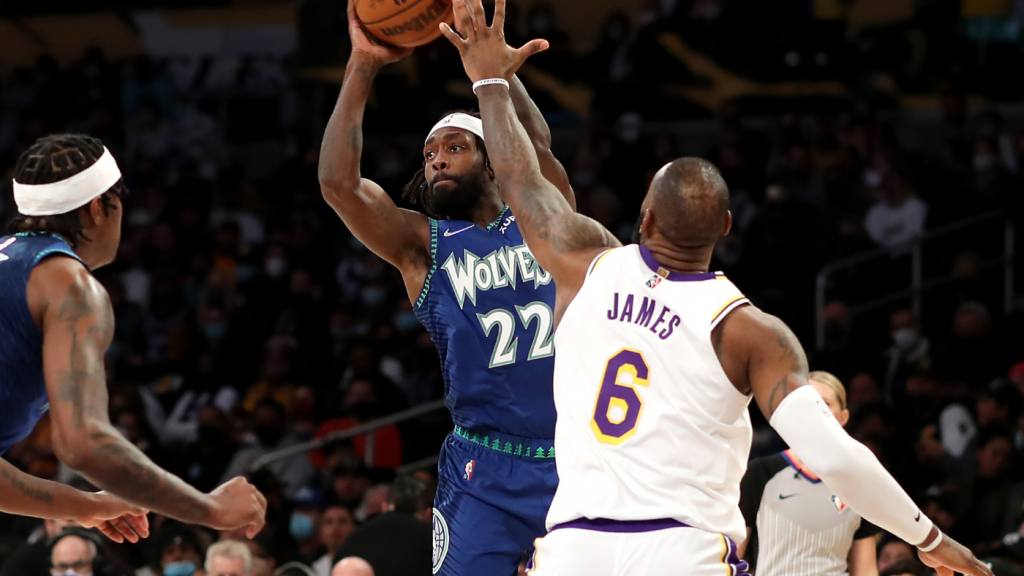 The Los Angeles Lakers have finalized a trade that sends Talen Horton-Tucker and Stanley Johnson to the Utah Jazz in exchange for Patrick Beverley, according to Adrian Wojnarowski. No picks will be involved in the deal from either team.

Beverley was dealt to the Jazz from the Minnesota Timberwolves earlier this summer in the blockbuster Rudy Gobert trade. But with the Jazz embarking on a rebuild — star guard Donovan Mitchell may be traded at some point this offseason as well — Beverley was a prime candidate to be rerouted to another team.

A veteran and one of the toughest perimeter defenders in the league, Beverley makes much more sense on this Lakers roster. The Lakers had all sorts of issues last season as they finished 33-49 and missed out on the playoffs, but few were bigger than their inability to stop anyone; they allowed 112.8 points per 100 possessions, which was 21st in the league. Some of that was due to injuries and some of it was poor roster construction, but regardless of where you want to place most of the blame the key fact is that they just weren’t good enough defensively.

Beverley won’t solve all of their issues, but he will singlehandedly make them tougher and better on the defensive side of the ball. He’s also a reliable 3-point shooter — 38.5 percent on catch-and-shoot attempts last season — who can help space the floor around LeBron James and offers some additional playmaking. Though he isn’t the most exciting addition, he’s the type of solid role player the Lakers were missing last season.

For much of the summer, the league has been in limbo waiting for the Kevin Durant and Kyrie Irving situations to get sorted out. With both of those players now seemingly staying in Brooklyn, it will be interesting to see if the proverbial dam breaks and more moves follow this Beverley trade.

The Lakers’ desire to send out Russell Westbrook is no secret and now that Beverley is in town they have someone who can take his place in the starting lineup. Of course, to do that they have to find another team that’s willing to take Westbrook and that has proven difficult to this point. Still, that’s a situation to watch closely over the next few weeks if some more dominoes start falling.

There’s not quite as much to discuss from Utah’s side of things. Danny Ainge started a tear down with the Gobert trade and there was no reason to keep Beverley around as they join the race to the bottom and expected No. 1 pick Victor Wembanyama. They’ll get a look at another young player in Horton-Tucker who has shown some flashes as an interesting defense-first role player but has not been consistent at all on the offensive end. If they can develop him into a part of their core for the future, great; if not, no big deal.

Lakers: Beverley is a solid addition for the Lakers, as he will bring some intensity and tenacity — especially on the defensive end — that the team was simply lacking last season. He also provides them with some added security at the point guard position given the uncertainty surrounding Westbrook’s future with the franchise. If Westbrook is ultimately traded, Beverley could step into the vacant starting spot. Or, if he’s simply having an off night and Darvin Ham wants to go in a different direction, Beverley provides the coach with another viable option. It will be interesting to see how well Westbrook and Beverley are able to coexist in the locker room, as the two have had issues in the past.

While Beverley’s impact will probably be felt most on the defensive end, he also projects as a solid fit in L.A. on the other end. He’s not the type of player that needs to have a lot of plays ran for him to be effective, which is good because the Lakers already have a couple of those. Plus, as a career 37 percent shooter from long range, Beverley will be able to space the floor around James and Anthony Davis. The Lakers were hesitant to move Horton-Tucker in the past, but in Beverley they got a player who is better equipped to contribute to a team under a lot of pressure to make a playoff run. Horton-Tucker could prove to be the better player in the long-run, but the Lakers are in win-now mode, and that’s why the move was made. Grade: B

Jazz: The Jazz are one Donovan Mitchell trade away from being in the midst of a full-blown rebuild, so it makes sense for them to flip an established veteran in Beverley for a young player in the 21-year-old Horton-Tucker, who potentially still has some upside. He averaged 10 points, 3.2 rebounds and 2.7 assists in 25.2 minutes per game for the Lakers last season — numbers that could possibly improve in an expanded role on a rebuilding Jazz team. The Lakers were high on Horton-Tucker for quite some time, and now the Jazz will hope that he continues to improve.

Stanley Johnson is a serviceable role player, but it remains to be seen just how big of a role he’ll have in Utah. He mainly feels like a thrown-in in the deal. Basically, Utah got a player who could potentially fit into their longer-term plans in exchange for one who didn’t. Grade: B-