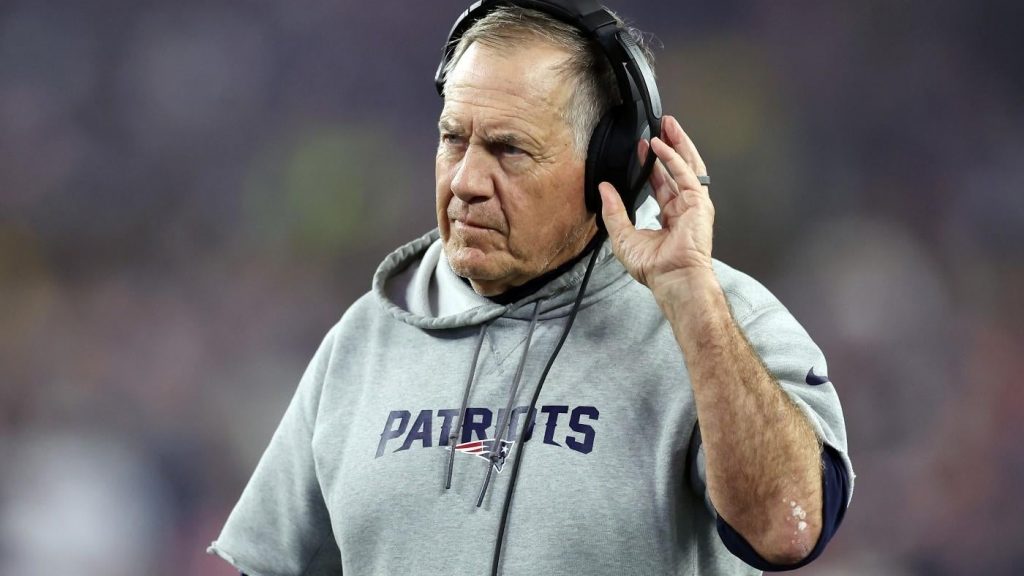 The 2022 campaign hasn’t exactly been a walk in the park for the New England Patriots. After last season, Bill Belichick’s club did appear to be on the ascent after finding its franchise quarterback in Mac Jones, who was already able to help bring his team to the postseason in Year 1. If Jones enjoyed anything close to a sophomore surge like a solid contingent of players do, the Pats rebuild was going to see a jumpstart and were going to be circled as a threat in the division and — on a larger scale — the conference.

Fast-forward roughly a year and things have gone a bit haywire. As the dust settles on Week 13, the Patriots find themselves sitting at 6-6 and are currently on the outside looking in on the postseason. This .500 mark through the first three-fourths of the season comes despite New England owning a top-five defense that is second in the league in total pressures. The main reason for the subpar campaign to this point rest on the shoulders of the offense. The decision to roll with Matt Patricia as the offensive play-caller and Joe Judge as the quarterbacks coach has blown up in Belichick’s face and, more importantly, has seen a regression in Mac Jones.

Despite all that, there is still a path to a playoff spot for the Patriots. However, it’s not an easy road as New England has the fourth-hardest remaining schedule in the NFL, according to their opponents’ combined win percentage.

As we detail the landscape of how they may be able to reach the postseason, here’s a look at the final stretch:

The next two weeks are a pivotal time in New England’s playoff hopes because they are the most winnable games left on the schedule. At 4-8, the Cardinals are their easiest opponent left on the schedule. Mobile quarterbacks have given this defense fits throughout the season, but Arizona itself is going through a turbulent year and ranks 30th in DVOA, so this is certainly a good spot for the Patriots to get above .500. While getting to 7-6 is important, the fact that Arizona is an NFC club does make a difference and has a diluted impact. A win there would merely improve the record, but wouldn’t give the Patriots any sort of tiebreaker advantage as conference record is the next tiebreaker after head-to-head matchups.

Speaking of that, this is where the Week 15 game against Las Vegas could prove massive. Currently, New England has the edge over the Chargers due to a better conference record at 5-3. A win in that game would improve them to 6-3 and give them a head-to-head tiebreaker over the Raiders, who are only a game behind the Patriots in the standings and have won three straight.

In this two-week window, L.A. — 4-4 in conference games this year — faces the Dolphins and Titans. While those games are at SoFi Stadium, they are no walk in the part and are underdogs in their matchup against Miami. If they were to drop those two games, that would drastically reduce them as a threat to possibly leapfrogging New England or eliminate them altogether. In that same stretch, the Jets — who currently sit over them in the AFC East standings and are inside the playoff picture as a seventh seed — play the Bills in Buffalo and the Lions at home. Because the Patriots swept the season series, New England just needs to draw even with New York in order to jump over them.

So, the Patriots could inch further towards returning inside the playoff picture as early as this week with a win and a Jets loss. A Chargers loss to Miami would also prevent L.A. from drawing even with New England with a 5-3 conference record, which would momentarily trigger the common opponents or the strength of victory tiebreaker. If the Patriots beat Las Vegas the following week, they’d put themselves in a strong position to possibly finish a game over .500 in conference matchups on the year, which is not a bad feather to have in your cap.

The Christmas Eve and New Year’s Day matchups with Cincinnati and Miami are key conference games, but dropping them may not be a nail in the coffin for the Patriots, so long as they take care of business over these next two weeks. If the Bills have the No. 1 seed locked up by the time Week 18 rolls around, they could conceivably rest their starters, giving the Patriots a path to 9-8 (7-5 conference record) and a shot to punch their ticket to the playoffs. If New England stumbles over the next two weeks, however, they’ll then be faced with the obligation to upset the Bengals and/or Dolphins, which may be too tall of a task.

While New England certainly has a road that could lead them to the playoffs as they are armed with a couple of tiebreakers at the moment, are they capable of actually winning the necessary games remaining on the schedule? That’ll depend on how the offense answers down the stretch.

The offensive line needs to give Mac Jones more protection up front as they currently rank as the sixth-worst unit in the NFL in adjusted sack rate. Once Jones has time to throw, the play-calling itself needs to improve under Patricia and specifically include more downfield shots. The best the offense looked this season came on Thanksgiving when Jones was testing the Vikings secondary deep. If they can incorporate more of a vertical threat, it’ll at least keep opposing defenses honest and should open more things up underneath and help the running game.