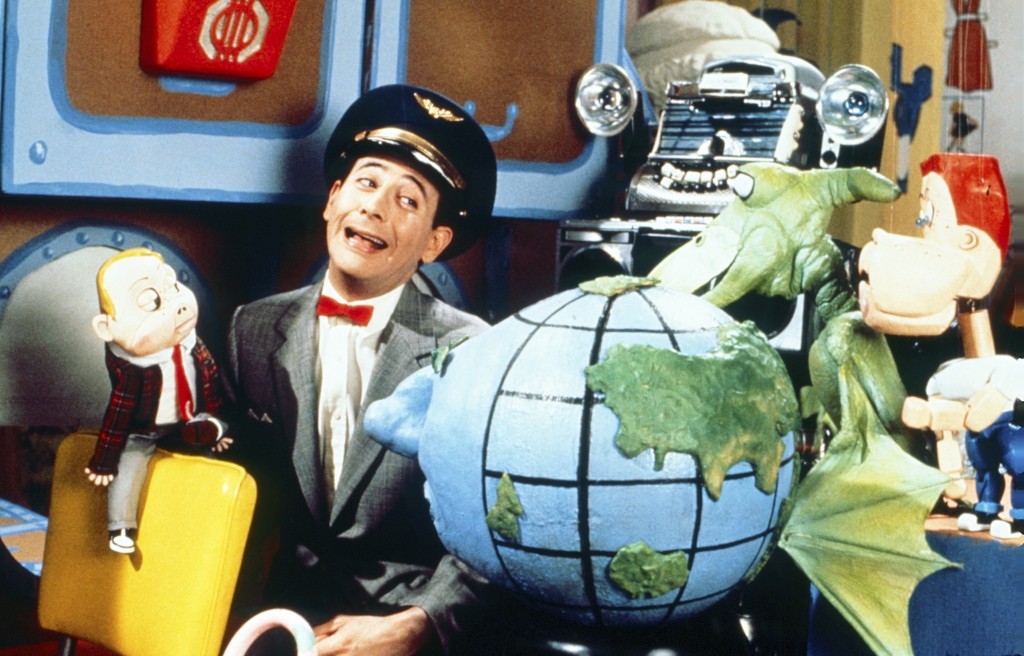 Welcome to Variety’s Weekend Reads, a weekly collection of deep dives, long reads, analysis, reviews and commentary from Variety’s print and digital platforms. Curated by Variety.com editor William Earl, this is your guide to can’t-miss Variety content that is well worth your attention. Subscribe to Weekend Reads and other newsletters here.

Today marks the 70th birthday of one of the most creative artists ever seen on television: Paul Reubens, whose Pee-wee Herman persona gave decades of kids the courage to foster their weird imaginations. In the late ’70s, Reubens developed the childlike character at the Groundlings. In 1981, he got his own HBO special based off of his stage show. Fueled by his increasing popularity on late show segments, Reubens made a splash in Variety via a 1984 concert review of Pee-Wee Herman playing the iconic Carnegie Hall.

“Herman’s rapport with the attentive audience, which included an idolatrous element, was impressive. The crowd, which paid up to $19.50 a head, was generally aged 20-33 and resembled rock concert fans in both the long-hair and preppy categories. They loved Herman’s frequent visits into the audience (performer’s wireless body mike worked great). Despite an incredibly offbeat and seemingly narrow persona, Herman’s career has taken off and Reubens faces a glowing future across all media.”

All media indeed, as, just a year later, Pee-wee fever would explode with the hit film “Pee-wee’s Big Adventure,” the feature debut of a young Tim Burton. A mixed review from Variety still predicted the success of the movie, which grossed $41 million on a $7 million budget and touched on what Reubens does best.

Perhaps Reubens’ biggest triumph with the character was developing five seasons of the gonzo Saturday morning kids show “Pee-wee’s Playhouse,” from 1986 to 1990. With its unique mix of animation, hand-crafted sets, puppets and audience interactivity, there lay an “anything goes” sensibility that got the attention of the industry early on. In 1987, Variety reported on a Director’s Guild seminar called “Kid Vid: The Inside Story,” featuring programming execs from CBS, NBC, PBS, Disney, KCOP and Paramount Pictures.

“The most vociferous panelist was Judy Price, vice president of children’s programs and daytime specials for CBS, commenting on her struggles to bring shows to the network that ‘break form’ and don’t rely solely on animation or technological gimmicks to attract an audience.

“‘We look at animation,’ she said, ‘as more the picture frame in terms of the quality of the execution. That is, what’s inside the frame and not the frame itself. You first get your internal idea and then you enhance or detract from it with the framing device. Pee-wee Herman is the center of his show, which happens to have many elements to it. That show dared to break form. Those shows that do best are those that define or redefine form. You break form and you have a chance at greatness. The formula stuff may be successful, but it’s never going to be great. ‘Smurfs,’ ‘Muppet Babies’ and ‘Pee-wee’s Playhouse’ are not formula and they proved to be great. You don’t always get great by breaking form, but the real sin is not trying.’”

Although Reubens mostly pursued other roles and projects after the end of “Playhouse,” he revived Pee-wee for a 2016 Netflix film, “Pee-wee’s Big Holiday.” It was produced by Judd Apatow, who spoke about his adoration for the comedian while teasing the movie at that year’s Television Critics Association press tour.

“I love Pee-wee Herman and I always wanted more Pee-wee Herman movies and TV shows so I’m very excited to see the film, which is really funny and silly and stays to the spirit of all his other work,” he said. “It was a pleasure for [co-writer] Paul [Rust] and I to collaborate with him. He knows exactly what he wants to do and what the voice of that work is, so we tried to help in any way we can, but it really is a world he has invented. We’re just trying to help to make another one. It was fantastic. It was a dream come true.”