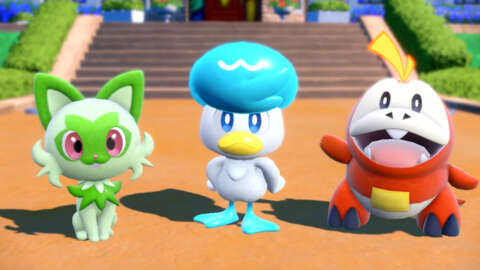 Nintendo just dropped another trailer for Pokemon Scarlet & Pokemon Violet. If you were hoping for some new info, you are absolutely in luck. Not only did we get to see the new legendaries for the first time ever, but there’s some big news about how we can expect the gameplay to work. Like this vid, sub to the channel, and let’s dive into everything we know so far.

Right now, we’ve got two trailers released by The Pokemon Company. The first one simply showed off the new three starters and confirmed the version names. Still, the more recent trailer packs all the good stuff, letting us parse through these details and the info available.

So first things first, let’s get y’all up to speed. Pokemon Scarlet & Violet are the first in the latest Pokemon games: Gen 9. We also know that they are both coming out on the same day later this year, thanks to the new gameplay trailer announcing the official date of November 18, 2022.

Both Scarlet and Violet will mark the return of Pokemon’s classic dual version release method – you know like, Red and Blue, Gold and Silver, all the way to the most recent release Brilliant Diamond and Shining Pearl, which were remakes of Gen 4’s Diamond and Pearl. The most recent Pokemon Legends: Arceus strayed away from this by being a standalone mainline entry, but it looks like we’re back to the typical dual version releases. This means we’re definitely going to see the return of version exclusives.

Gen 9 will also take place in a completely new region. This is expected since every new mainline Pokemon game features a new region, and they also tend to be based on real-world locations! Red and Blue took place in the Kanto region of Japan, while other regions like Kalos, Alola, and Galar take their inspiration from France, Hawaii, and UK, respectively.