Competitive Pokémon trainers are both excited and terrified at the recent rule changes in the video game championships (VGC), where players compete against one another via Pokémon Sword and Shield in an array of leagues. Mythical Pokémon are now allowed for official tournament play for the first time. This means that nobody is safe from heavy-hitters like Megearna or Victini, and the community is scrambling to find counters. Some of the most truly diabolic players have already started to add broken Pokémon to their own teams.

The rules for the latest Series 13 ranked matches, starting September 1, were posted yesterday for Pokémon Sword and Shield, this series focused on the Galar region, The rules mainly remained the same from the last series, except for an extended eligible Pokémon list. The information was originally spotted by the Pokémon fansite Serebii, and Kotaku was able to confirm the full list of eligible Pokémon in the Pokémon Home mobile app.

Mythical Pokémon are better known as event legendaries, and are normally close to impossible to obtain through normal gameplay. This group includes Mew, Celebi, Jirachi, Arceus, and so on. Previously, you had to participate in special in-person events in order to obtain these rare Pokémon. Now, the only mythical Pokémon that are excluded from the eligibility list are the ones that can’t be obtained in Sword and Shield.

These days, mythical Pokémon are much easier to obtain than in the past. The dreaded Megearna can be obtained by completing the Alola Pokédex in Pokémon Sun and Moon, and Mew can be captured and transferred over from the Pokémon GO app. Victini can be captured in the Pokémon Sword and Shield DLC. So not being able to access limited time events is less of a competitive disadvantage now than it has been in the past.

The new series rules complicates the meta further: There are no restrictions on the number of legendary and mythical Pokémon that players can bring to a ranked match. Previously, up to two legendaries had been allowed in tournaments under the “GS rules” introduced in Pokémon HeartGold and SoulSilver. 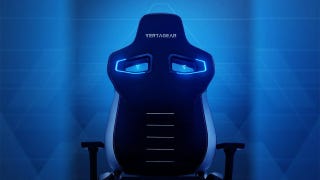 Ergonomic premium quality
Vertagear has a number of gaming chairs on sale right now. One in particular that caught our eye is the PL4500 which is embroidered with Swarovski crystals down to $500. You can also get one of their RGB kits to add a set of lights to either the top cutout sections around the headrest or a bottom LED kit for $200 to light up underneath like your chair is in Need for Speed: Underground 2.

Series 13 kicks off September 1, and runs until October 31. After that, things will shift over to the freshly released Violet and Scarlet, with their mid-November release. For now there’s absolutely nothing stopping competitors from being curb stomped by a full squad of broken legendaries and mythicals. And VGC Pokémon players have absolutely no mercy.