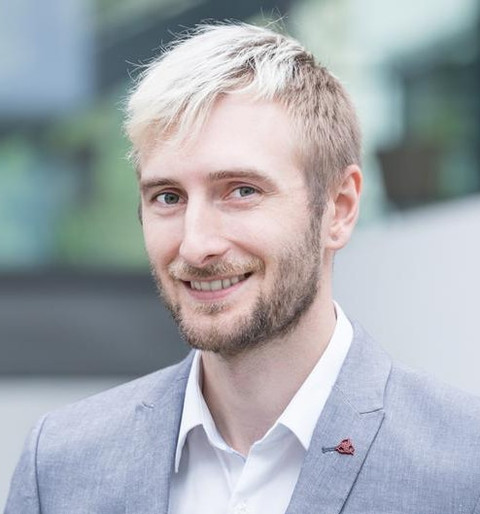 Poland’s ruling nationalist Law & Justice government (PiS) have demanded a staggering €1.3trillion in reparations from Germany for damages from the second world war, but what they really want is domestic approval: PiS are trying to heat things up ahead of next year’s elections as their lead in opinion polls diminishes.

Bad blood between Poles and Germany goes back a long way.

Even before the horrors of World War Two, when three million Polish Jews and three million ethnic Poles were killed and most of the country’s industry and cities utterly destroyed, Germany had already occupied parts of Poland for 123 years, up until 1918.

This year, I spent two months reporting from Poland as Russia’s war in Ukraine kicked off.

While there I saw an inspiring and generous nation that was unbelievably willing to open their hearts to Ukrainians, but also one that will never forget the traumas that were inflicted on them by their two bigger neighbours, Russia and Germany.

And PiS are adept at making political capital out of this.

Though Poland’s battles with the EU over rule of law are well known internationally, not many realise that the Polish Right rarely refer to ‘Brussels’.

To them, their battle is with ‘Berlin’, who they see as secretly controlling the EU through economic and political might.

Having a German president of the EU Commission hasn’t helped with this rhetorical sleight-of-hand, despite Ursula von der Leyen’s impressive diplomacy with the countries east of the Oder river.

And by rubbishing PiS demand for reparations, Poland’s opposition have fallen right into their trap, in a country where ‘German’ is used as a political insult for liberal reformers.

PiS leader Jaroslaw Kaczynski is a master strategist, and no doubt noticed that Germany’s lacklustre delivery of weapons to Ukraine and cack-handed communication since the war has alienated many in the region, making this the opportune moment to make demands.

Bashing the Germans is his age-old strategy, and Poland’s long-suffering German minority are facing catastrophic cuts to their constitutionally guaranteed education, a story I traveled to Silesia to cover.

There, I was told that Poland’s Germans felt like a punching bag that would be used whenever relations between Germany and Poland were poor, or elections were round the corner.

No more USSR or East Germany

The demand for further fiscal reparations could have a legal case for it — the deal made in 1954 was effectively forced onto the supposed socialist brother nations of the Polish People’s Republic and East Germany by the Soviet Union — and East Germany no longer officially exists, having been absorbed by the Federal Republic of Germany.

But the main purpose of this claim is to put Poland’s opposition on the back foot and stir emotions in a country that suffered more losses than any other during WW2.

Poland gained all German territory east of the Oder-Niessen line, including the cities now known as Wroclaw, Szczecin and Gdansk, ratified by independent Poland and reunified Germany in a treaty in 1990.

As the report notes, it is impossible to put a cost on human life. However, this isn’t an excuse for some of its dodgy reasoning.

The massacres committed by Nazi collaborator Stepan Bandera’s Ukrainian nationalist militia the ONU are included in the German calculations, while Polish Jews are seen as the responsibility of Israel — who Kaczynski also urged to join Poland in the claim. There is also no mention of the pogroms against Jews that were committed by Polish citizens during and after the war.

Poland’s relationship with its Jewish citizens has always been fraught.

Poland’s very first elected president, Gabriel Narutowicz, was assassinated five days into office by an antisemitic nationalist who accused him of being a puppet of the Jews, and just last year Polish Jews were barred from getting property lost in the Holocaust.

Polish Jews who were driven out by antisemitic persecution under the Polish communists still struggle to regain their Polish citizenship, despite promises by the late Lech Kaszynski. Poland needs to better address treatment of its Jewish citizens before taking the moral high ground on history.

And if there are to be any further reparations — which shouldn’t be ruled out out of hand given the absolute devastation Poland suffered — the demand for reparations should be made in good faith, not driven by domestic machinations.