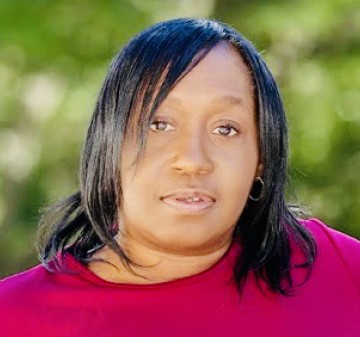 Diana Garlington is a Democratic candidate for State Representative in District 5. Here is what she has to say.

1. What do you think is the biggest political issue this campaign season in Rhode Island?

The biggest political issue this season is still Covid-19. The ongoing pandemic has only exasperated the inequalities everyday Rhode Islanders face- Affordable housing, Gun violence, discrimination, loss of jobs, long-term health conditions, and having to reimagine a new way of life.

2. What do we need to do to improve Rhode Island’s economy?

I believe there are two easy ways to improve Rhode Island’s economy. (1) Passage of House Bill H7440. It is time for the top 1% of Rhode Islanders to pay their fair share. Studies have shown that the passage of this bill would create $144.5 million in new revenue for our state. (2) Hold non-exempt institutions in Providence, EX: Brown University, accountable.

3. What is the greatest challenge facing Rhode Island as a state?

Affordable Housing ~ Families are cost-burdened. They are spending more than 30% of their incomes on housing. We must give tax breaks and incentives so that our developers can produce more affordable housing and revitalize our neighborhoods

4. Why are you running for office? What makes you uniquely qualified?

I am running for office because I have been a persistent voice in the community and in the Statehouse on the issue of gun violence. Since the murder of my daughter, Esscence T. Christal, I have worked alongside leaders and activists maintaining a constant presence in my community to make it safer and equitable. I am the candidate that has the experience.

5.  Who is your inspiration?

Women! Especially women of color who possess the same qualities I do. They have found ways to overcome exclusion, racial and ethnic discrimination, biases, unequitable pay wages, and voicing their rights to make decisions for their well-being.

Diana Garlington is a 54-year-old Providence resident who was born and raised in Washington Park. She was blessed to live with both of her parents, 4 brothers, and one sister. She is a mother to one son, and three daughters. Diana is the Author of “She wasn’t the one”, A Community Activist, Speaker, and Certified Life Coach. She was Named the 2019 Survivor Fellow for Moms Demand Action, and the R.I. Survivor Membership Lead. Honored as the 2016 Hometown Hero, recipient of the Community Impact Award from the Nonviolence Institute and the Ida B. Wells from the NAACP. In the legacy of her daughter Esscence T. Christal, she founded The Esscence T. Christal Female Youth Empowerment Program, and in her latest collaboration with Moms Demand Action, Safer Communities For Justice, which addresses the Unsolved Murders in Providence. She currently sits on the RICAGV and One Gun Gone board.

GoLocal is featuring the candidates running for office in Rhode Island.

This is a public service.